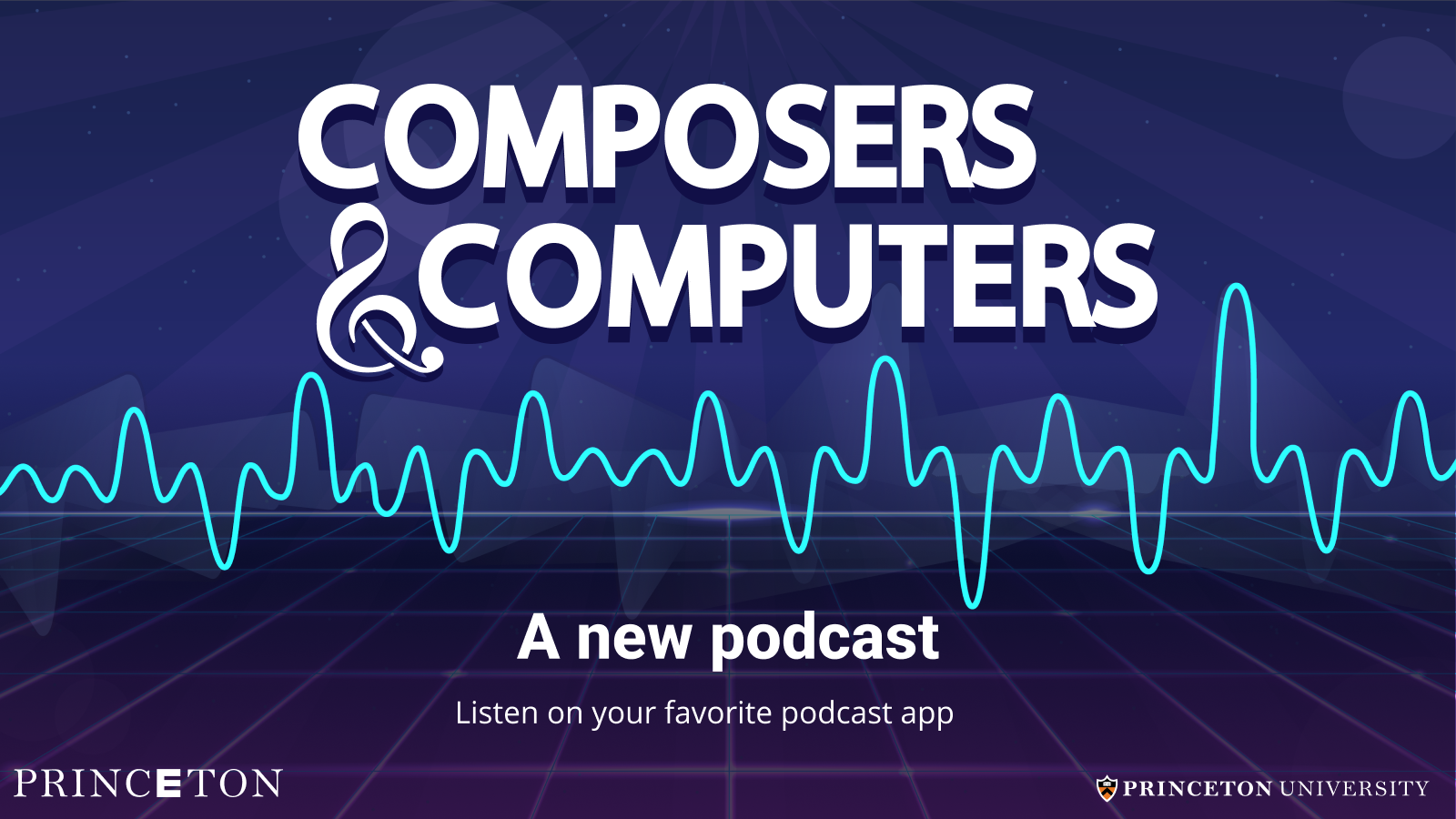 A revolution in music happened in the Princeton Engineering Quadrangle, but chances are, you don’t know the story. Sixty years ago, some music-loving computer engineers happened upon some musicians who were enamored with a new computer installed on the third floor.

The work they did together helped turn computers – at the time, a hulking, silent machine – into a tool to produce music. Their innovations made it easier to hear that music. Then they made it possible to make more nuanced music, and made those tools better. Pretty soon, the computer was singing. The work of musicians and computer engineers at Princeton planted the seeds of music synthesis technology in widespread use today.

They made a lot of wild music along the way. You’ll get to hear it — as well as learn more about the science of how a computer makes sound. And you’ll learn a thing or two about how music itself is constructed as well. Musicians and engineers went looking for a machine capable of playing some of the most complex music ever written. The rest is history.

“Composers & Computers,” a five-part series, begins with episodes 1 and 2 on May 6. Listen here or at Apple Podcasts, Spotify, Google Podcasts, or your podcast app of choice.

When you walk into the Engineering Quadrangle at Princeton University, you might notice a piano in the corner of the lobby. It’s a bit of a curiosity, several steps from the lab where people invent new kinds of robots. It’s in the same building where today’s chemical and biological engineers work on the technology behind vaccines and where civil engineers help adapt the world to climate change. This isn’t the music school. And yet, there’s always someone sitting down and picking out a tune or blowing through a classic. As it turns out, a lot of engineers love music. It also turns out that those musical interludes hint at something deeper, a revolution in music that happened in this building.

60 years ago, some music loving computer engineers happened upon some musicians who were enamored with a new computer installed on the third floor. The work they did together helped turn computers, at the time a hulking, silent machine, into a tool to produce music. Their innovations made it easier to hear that music. And that was no mean feat back then. They then made it possible for a computer to make that music better, more nuanced, and they helped make it possible for computers to synthesize speech. What computers are able to do today to help musicians realize their vision owes a lot to the work done at Princeton.

Much of this history has been effectively lost, gathering dust in far-off libraries. And the music they made? Well, that’s been largely forgotten too. Over the five episodes of this series, we will tell that story and you’ll get to hear that music. It’s the sound of history being made. It also reflects a spirit of collaboration that takes us back to why that piano is in the lobby. The reality that engineers thrive on collaborations and intersections.

Join us for Composers and Computers, a five part podcast about the amazing things that can happen when artists and engineers collaborate. Talk with you soon. Peace.