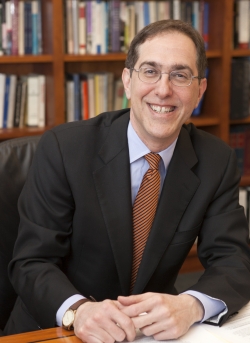 Christopher Eisgruber, president of Princeton University, has published an article entitled “The Power and Promise of Computer Science” in which he discusses the importance of Computer Science as a discipline.  He discusses the important science being conducted at Princeton in this field, and the “intellectual excitement” arising from CS’s new insights into age-old questions.  He mentions the innovative introductory curriculum taught at Princeton—this, combined with an exploding job market, has driven enrollment to record highs.   But as he says, “the power and promise of computer science go far beyond job openings.”

In light of these observations, therefore, President Eisgruber has added 10 faculty slots to the Department of Computer Science (in consultation with the Provost and the Dean of the Faculty).  He has begun fundraising efforts to pay for these new slots.  Princeton Computer Science will be recruiting many new faculty over the next few years to stay at the forefront of this growing discipline.

Chris Eisgruber is not the first Princeton president educated in science.  Recent presidents were professors of (respectively) Classics, Economics, Economics, and Molecular Biology before taking this leadership role.  But he is probably the first one to have taken a computer science class as an undergraduate; he wrote computer programs to get results for his undergraduate thesis in Physics.  After his undergraduate degree he earned a law degree and taught as a law professor.  But likely he is not the last computer-science-educated university president, either:  lawyers, scientists, classicists, social activists, and many other kinds of leaders—today and tomorrow—will find that it’s good to have some formal education in this field.  As President Eisgruber puts it: Computational thinking is rapidly becoming the fourth leg of knowledge, along with “reading, writing, and ‘rithmetic.”