Princeton CS: 30 Years and Still on a Roll

Our first chair talks about then, now, and tomorrow

Three decades ago, as computer science was emerging from its infancy, Microsoft introduced its Windows operating system, Steve Jobs left Apple and formed a new company called NeXT, Commodore unveiled a PC with 128 kilobytes of RAM, corporate names like Dell and Gateway sprang into the public consciousness, Nintendo released its initial “Super Mario” game, and the first Internet domain was registered to a Massachusetts computer systems company called Symbolics.

At Princeton, another watershed event took place that year: the creation of the Department of Computer Science. 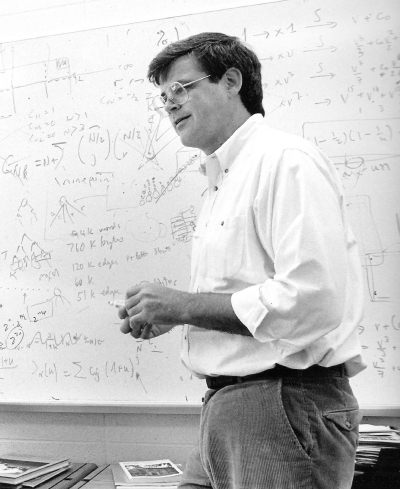 Professor Robert Sedgewick, who joined Princeton in 1985 and served as first chair of the new department, recalled that the event took place at an exciting time. “People were innovating everywhere,” he said. “Most of the artifacts that we take for granted today were being developed at the time. I often joke that ‘not much has happened since,’ but that’s not really true.”

Separating the CS department from its elder sibling, Electrical Engineering (the two had been known as EECS, pronounced “eeks” and located in the E-Quad, where EE is today) was a decision whose time had come, said Sedgewick, now the department’s William O. Baker ’39 Professor. “Actually, Princeton was a bit late to realize that CS was not just a burgeoning, open-ended research field (so is EE), but also that it would be an important part of every student’s education,” he said.

“Many other universities built their independent CS departments in the 1970s. In 1984, Princeton’s Dean of the Faculty and Provost visited several other universities (including Brown, where I was a professor at the time) and learned the developing consensus that CS was here to stay as an academic field. I think that those visits convinced them that Princeton needed an independent CS department.”

“The department was created so that we could double or triple the faculty to be able to serve the large number of students at the time,” Sedgewick said. “Now that our enrollment has tripled, we need to do it again. Our student/faculty ratio is far higher than that of any other Princeton department, by a large margin—as it was in 1985.”

Indeed, growth was a challenge from the beginning for the new department. The department had one floor of the old EE building, but it was clear that Computer Science needed a real home. Original plans called for adding a new wing to the E-Quad, where the Andlinger Center is now, Sedgewick recalled, “But I convinced the administration to take another year to develop a plan for a freestanding building in the parking lot across the street.”

There was plenty of work to do. The EECS faculty developed a CS curriculum in preparation for the split. “Like now, there was a lot of focus on recruiting new faculty,” Sedgewick said. “In fact, it was a lot of fun, because we had the commitment of the administration as the top academic priority of the University. We were very successful in recruiting senior faculty and were able to build the department to a viable size in a relatively short amount of time.”

“Believe it or not, one of the biggest challenges was buying and maintaining ‘the computer’ for use by everyone in the department for research and teaching, Sedgewick recalled. “By today’s standards, this computer was unbelievably tiny — 1 megabyte of memory and 256 megabytes of disk space, I think — and unbelievably expensive (around $1 million). But it played a critical role in getting things rolling, and we had to devote a lot of energy to it.”

“And we got the building done in just over three years, start to finish. I often say that I made a lifetime’s worth of decisions during those years. ”The new building created quite a stir when it opened in November 1989. 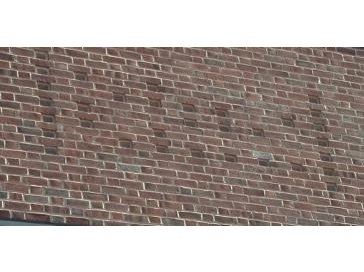 In its coverage of the opening ceremony, the Princeton Weekly Bulletin reported that Sedgewick surprised the audience by revealing that a conjecture encoded in binary form ­— P=NP? — had been built into the brick façade. The P=NP question was the biggest open problem in theoretical computer science in 1989, and it’s still an open problem today. It asks whether an important class of computational problems (such as the “traveling salesman” problem) can be solved efficiently, or are inherently intractable.

Sedgewick told the audience that the conjecture was embedded in the new building as “a gargoyle for Computer Science in the 1990s.”

“One of the messages we hoped to convey is that computer science is basically a pioneering discipline; we are still in the process of creating this field,” the Weekly Bulletin quoted Sedgewick as saying. “We don't have the benefit of hundreds of years of evolution, but a basic understanding of computation is evolving. … Moreover, scientific inquiries in other fields are running into significant computational problems. If molecular biologists need to match up millions of pairs of genes in a particular way, or if mathematicians want to visualize a problem graphically in three dimensions, we can help them.”

The Weekly Bulletin reported that notable attendees included Jobs, who told the standing-room-only crowd that he considered computer science part of “the glue that binds together not only the sciences but the liberal arts as well” on college campuses. In a prescient quote cited by the Daily Princetonian, Jobs said, “I'm pretty convinced people are going to want music on their computers in the future. I'm not sure exactly what for, but we'll figure it out.”

“As Jobs’ comment about music indicates, the scope and depth of the impact of CS has far exceeded what we thought at the time,” Sedgewick said. “For example, we have had over 1 million enrolls in the online versions of our courses, and this number has nowhere to go but up. In short, the opportunity for growth is as exciting and compelling now as it was in 1985.”