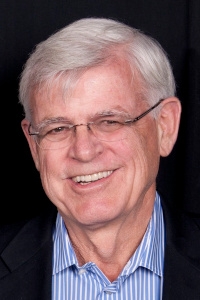 Robert Sedgewick is the founding chair and the William O. Baker Professor in the Department of Computer Science at Princeton and was a member of the board of directors of Adobe Systems for many years. He previously served on the faculty at Brown and has held visiting research positions at Xerox PARC, IDA, and INRIA. His research expertise is in data structures, algorithm science, and analytic combinatorics. He has also been active for decades in developing the college curriculum in computer science and in innovative uses of technology to propel the dissemination of knowledge.

Prof. Sedgewick is the author of twenty books. He is best known for his Algorithms textbooks, which have been bestsellers for decades and have served generations of students, programmers, and developers. His 2008 book with Philippe Flajolet, Analytic Combinatorics, defines the field and was awarded the Leroy P. Steele prize for mathematical exposition by the American Mathematical Society. With Kevin Wayne, he has developed a scalable model that integrates the textbook, studio-produced online lectures, and extensive online content that has enabled millions of people to learn about algorithms. Their most recently completed project is Computer Science: An Interdisciplinary Approach, built on the same model, which supports teaching and learning for a first course in computer science and is used at educational institutions throughout the world.