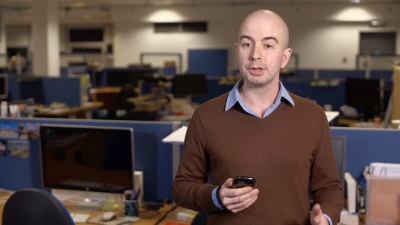 Kyle Jamieson, whose research centers on wireless computer networks, has joined Princeton’s Department of Computer Science as an assistant professor.

Jamieson comes to Princeton from University College London, where he was a tenure-track senior lecturer.  At UCL, he led the Wireless and Networked Systems Lab funded by the European Research Council and the Google Faculty Research Awards program. He earned his Ph.D. from the Massachusetts Institute of Technology in 2008.

He has concentrated on bringing phased array signal processing indoors and improving the capacity of wireless networks in a world with many billions of wireless devices, most of which transmit in wireless spectrum that is unplanned by any central authority. ArrayTrack, developed with lead student Jie Xiong and published at the 2013 USENIX NSDI Symposium, was the first indoor location service in the world to achieve a median location accuracy of within 20 centimeters and sub-second responsiveness, without infrastructure beyond typical Wi-Fi access points, enabling handheld route-finding and augmented reality applications not previously possible indoors.

"What's unique about Kyle is his deep knowledge of both computer systems and RF signal processing — disciplines that traditionally span computer science and electrical engineering — and his ability to translate that into robust, working systems,” said Professor Michael Freedman.  “Further, a lot of his recent research is figuring out how to apply these advances while just leveraging existing wireless infrastructure:  how he could take the WiFi routers you already own and repurpose them to a new application, like in his work on indoor localization or in securing wireless connections. 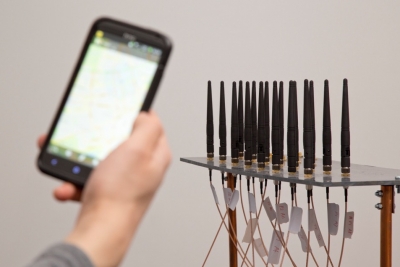 “And his research always goes the next step: to not just show a proof-of-concept that something might be *feasible*, but also develop the algorithms and systems to an exacting standard that will hold up in the noisy, chaotic environments of the real world.  He builds really neat technology," added Freedman, whose research interests span distributed systems, networking and security.

"Even with all that, Kyle is a really caring and humble researcher, and I think graduate students will flock to work with him."

Jamieson has served on a number of program committees for ACM and USENIX, including SIGCOMM, MobiCOMM, HotNets, and HotWireless.