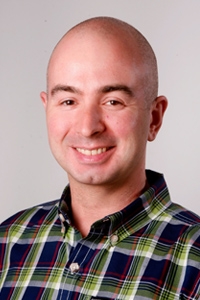 Kyle Jamieson is an Associate Professor in the Department of Computer Science at Princeton University, where he has been on the faculty since 2015, after seven years on the faculty at University College London, U.K.  Jamieson leads the Princeton Advanced Wireless Systems (PAWS) Group, whose charter is to build and experimentally evaluate wireless networking and wireless sensing systems for the real world that cut across the boundaries of digital communications, signal processing, and computer networking. He received the B.S. (2001), M.Eng. (2002), and Ph.D. (2008) degrees in Computer Science from the Massachusetts Institute of Technology.  He then received a Starting Investigator fellowship from the European Research Council in 2011, Best Paper awards at USENIX 2013 and CoNEXT 2014, and a Google Faculty Research Award in 2015.