Senior lecturer Kevin Wayne’s promotion to the newly created position of university lecturer this summer represented not only a career achievement for the Computer Science Department veteran but also well-deserved recognition of the teaching faculty’s critical role in undergraduate education. 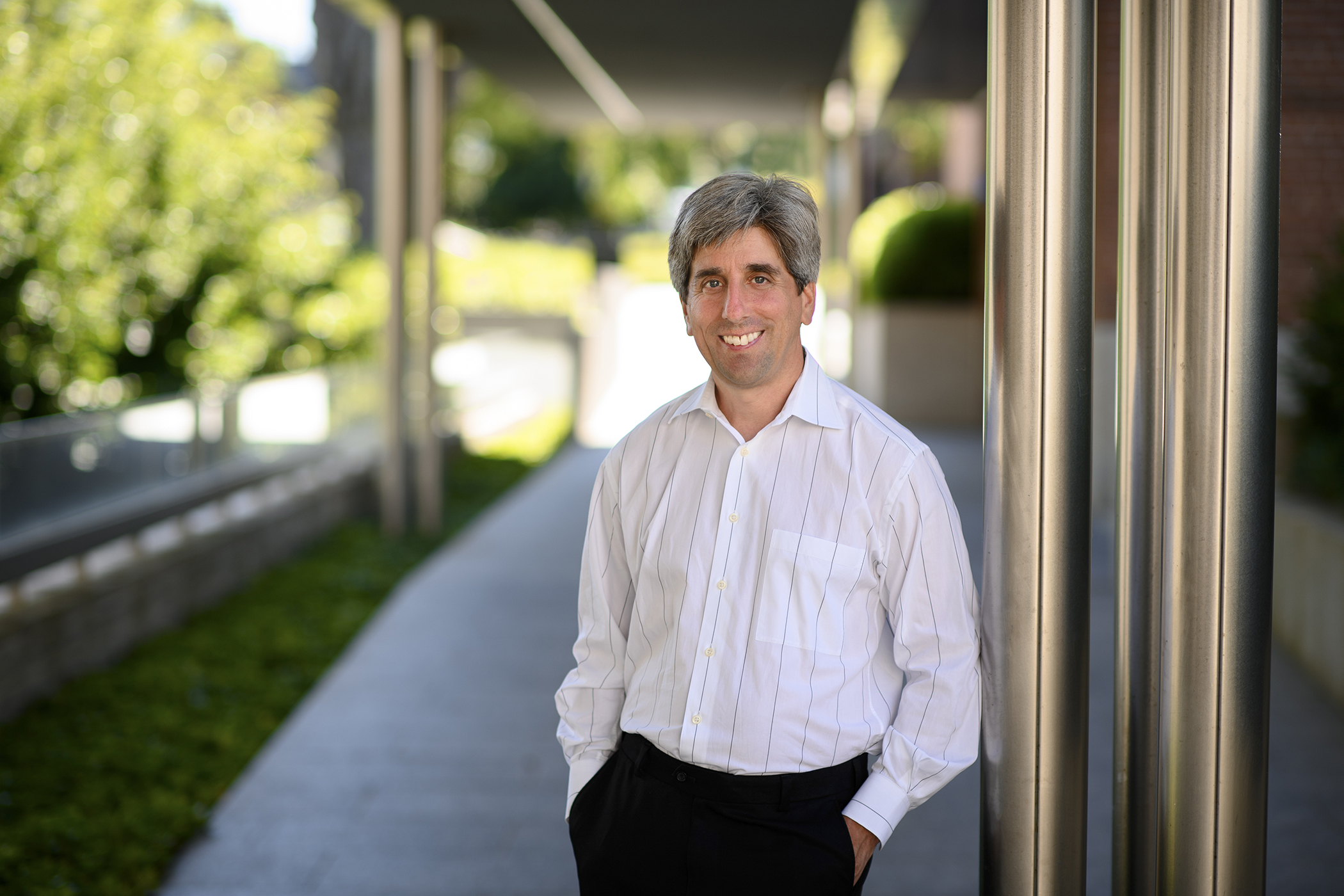 photo by Sameer A. Khan/Fotobuddy

University faculty members voted last year to establish the new rank “to recognize truly outstanding accomplishment in the field and/or in teaching and pedagogy.”

Wayne says the decision to create the position of university lecturer opens a new career path and “signals a recognition by Nassau Hall of the pivotal roles played by lecturers” at Princeton. “Lecturers not only excel at teaching in the classroom — or over Zoom — but they also develop and publish innovative curricular materials; lead and manage large course staffs; design and maintain course infrastructure; organize and engage in outreach efforts; conduct research in computer science education; champion evidence-based instructional practices; and advise majors, nonmajors, and independent-work students.”

Department Chair Jennifer Rexford praises Wayne as “an amazing educator” and says the establishment of the new position will enable the department to have multiple senior lecturers in the future. “Next year, departments can start nominating faculty for promotion from lecturer to senior lecturer, and we will do so,” she says. “Our teaching faculty are exceptional, and they play a crucial role in teaching computer science to students all over campus. I look forward to seeing promotions to the senior lecturer rank in the years ahead.”

Rexford, the Gordon Y.S. Wu Professor of Engineering, says Wayne “reaches hundreds of Princeton undergraduate students each year particularly through the introductory courses that he co-developed with professor Robert Sedgewick and teaches regularly, COS 126 [Computer Science: An Interdisciplinary Approach] and 226 [Algorithms and Data Structures]. Kevin’s students rave about his teaching.

“In addition, he is a highly visible leader in CS pedagogy, due to his popular textbooks and MOOCs [Massive Open Online Courses], created with professor Sedgewick, and his papers describing novel assignments for undergraduate computer science courses.”

Sedgewick, who was the founding chair of the CS department in 1985 and held the post until 1994, says he has been waiting 35 years for the University to expand the career path for lecturers significantly.

“I’ve always believed that our faculty need to maintain an ever-shifting balance between teaching and research, and that our students can benefit enormously from faculty whose focus is on their teaching,” he says. “Kevin is an outstanding proof of concept for this idea. He has played a critical role in the development of COS 126 and 226, which are among the most popular courses at Princeton. An important reason that these courses are so popular is Kevin’s insight into the needs of the students. We have jointly developed an enormous amount of content and have worked well together because of a shared (almost unspoken) understanding of what we were trying to accomplish. [See Computer Science for All (Really)]

“Perhaps Kevin’s most significant contribution is the development of our innovative and unique online course materials, consisting of tens of thousands of web pages, hundreds of programs, thousands of exercises, and many other components,” adds Sedgewick, the William O. Baker ’39 Professor of Computer Science. “We collaborate on creating the content, but Kevin takes full responsibility for maintenance and consistency, which is an enormous job. He has zero tolerance for errors. These sites are already an important resource for many people around the world, and their potential impact is wide open.”

For his part, Wayne is taking the promotion in stride. “I feel very fortunate to have a job that I love,” he says. “From the energy and excitement of the first class in a semester; to the day-to-day interactions with students from all backgrounds; to the feeling of accomplishment and pride when grades are submitted; to reconnecting with former students in the dining halls, graduation, and beyond — it's all a pleasure.

“The teaching faculty position provides me the opportunity, resources, and freedom to carry out my vision of how best to teach computer science at Princeton and beyond. I have been blessed to collaborate with so many amazing faculty members and students of all ranks — most notably, my two-decade collaboration with my colleague, mentor, and friend, Bob Sedgewick.”

Wayne attended Yale as an undergraduate and earned his Ph.D. from Cornell. In 2019, he received the New Jersey Outstanding Teacher in Computer Science Award from the Chairs of Computer Science Departments in New Jersey. He was honored in 2014 as a Distinguished Educator by the Association for Computing Machinery; received, along with Sedgewick, an award in 2013 for excellence in undergraduate teaching from the Princeton chapter of Phi Beta Kappa; and won the 2011 Distinguished Teacher Award from Princeton’s School of Engineering