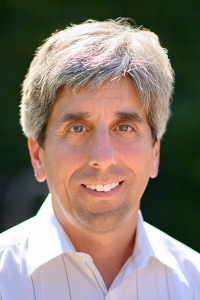 Kevin Wayne, the Phillip Y. Goldman University Lecturer in Computer Science, has been teaching at Princeton since 1998. He teaches and codeveloped (with Robert Sedgewick) two of the most popular courses at Princeton: COS 126 (Computer Science: An Interdisciplinary Approach) and COS 226 (Algorithms and Data Structures), four MOOCs on the Coursera platform, with total enrollments exceeding 1 million learners; and a series of best-selling textbooks for students and practitioners. He was honored as a Distinguished Educator in 2014 by the ACM and named the Outstanding Teacher in Computer Science in New Jersey in 2019 by the Chairs of Computer Science Departments in New Jersey. He has also won several teaching awards at Princeton, including the Phi Beta Kappa Teaching Award, the SEAS Distinguished Teacher Award, and the SEAS Excellence in Teaching Award. He attended Yale as an undergraduate and earned his Ph.D. from Cornell. His research interests include the design, analysis, and implementation of algorithms and computer science education.