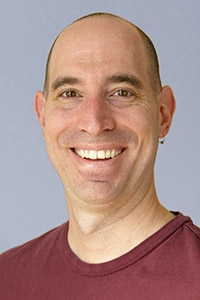 Adam Finkelstein joined the Department of Computer Science in 1997 as an assistant and then associate professor, and became a full professor in 2001.  He is one of the organizers of the art of science exhibition at Princeton. He took a sabbatical during the 2010-11 academic year at the Adobe Creative Technologies Lab, where he was a visiting researcher; and in 2003-04 at Pixar Animation Studios, where he worked on lighting tools. Finkelstein earned his masters and doctoral degrees from the University of Washington. He studied physics and computer science at Swathmore College, and was then a software engineer at Tibco in the late 1980's. His awards include the NSF CAREER Award and an Alfred P. Sloan Fellowship, and he is a Fellow of the ACM.