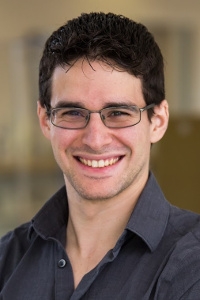 Before joining the faculty at Princeton, I spent two years as a postdoc in Princeton's CS Theory group, and was a research fellow at the Simons Institute during the Fall 2015 (Economics and Computation) and Fall 2016 (Algorithms and Uncertainty) semesters. I completed my PhD in 2014 at MIT, where I was very fortunate to be advised by Costis Daskalakis. Prior to that, I graduated from Cornell University with a BA in Math in 2010, where I was also fortunate to have worked with Bobby Kleinberg.

On the Instability of Bitcoin without the Block Reward.
Miles Carlsten, Harry Kalodner, S. Matthew Weinberg, Arvind Narayanan.
In Proceedings of the 23rd ACM Conference on Computer and Communications Security (CCS), 2016.