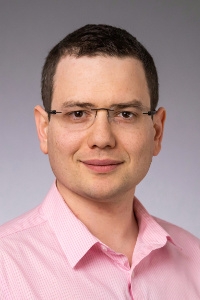 Professor Mark Braverman joined the department in 2011 from the University of Toronto, where he was an assistant professor in the mathematics and computer science departments. He earned his Ph.D. in 2008 from Toronto and did post-doctoral research at Microsoft Research New England, Cambridge, MA. Professor Braverman’s interests center on the connections between theoretical computer science and other disciplines, including information theory, mathematics, and economics. Most recently, he has been building new connections between information theory and complexity theory, studying the effects of noise in a variety of computational settings, and investigating how better algorithms can lead to better mechanism design, particularly in the context of healthcare.