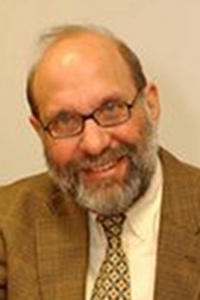 David Dobkin is the Phillip Y. Goldman '86 Professor in Computer Science, a professorship that was created through a gift from his former student and WebTV Networks founder Phillip Goldman. Professor Dobkin studied electrical engineering and mathematics at MIT and received master’s and doctoral degrees in applied mathematics from Harvard in 1971 and 1973. He joined the Princeton faculty as a professor of electrical engineering and computer science in 1981 after teaching at Yale and the University of Arizona. He became a professor of computer science when the department was formed in 1985, and he served as chair of the department from 1994 to 2003. He was dean of Princeton’s faculty from 2003 to 2014.

He received the Engineering Council's teaching award in 1990, is a fellow of the Association of Computing Machinery, and has been awarded a Guggenheim fellowship and a Fulbright grant. His research focuses on the interface between computational geometry and computer graphics. He has been an adviser and visiting researcher at companies such as Bell Labs, AT&T Research and Xerox as well as the governments of Denmark, Israel and Singapore. He also has served on the executive committee of the National Science Foundation's Center for Discrete Mathematics and Theoretical Computer Science as well as the foundation's Geometry Center. He serves on the editorial boards of several professional
journals.