One effort, led by Kyle Jamieson, an associate professor of computer science, will work to develop a system using cellphones to help public health officials quickly track the contacts of people diagnosed with diseases such as COVID-19, while preserving privacy. That ability could become critical in efforts to contain the disease after the initial surge of cases passes through the population. The second effort, led by researchers at Carnegie Mellon University and by H. Vincent Poor, Princeton’s interim dean of engineering, will expand a mathematical model that allows public officials to measure the effect that mutations and countermeasures have on the spread of the disease. The model, which could be used for any pandemic, would allow governments to gauge the effectiveness of measures such as social distancing and quarantines before implementing them. 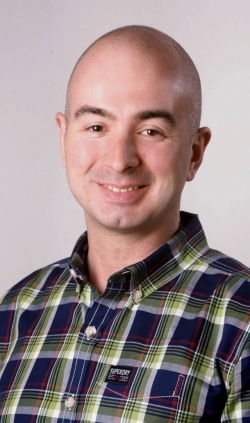 The grants were awarded through the NSF’s Rapid Response Research (RAPID) program, which provides support for scientific efforts to respond to emergencies and unexpected events.

To preserve users’ privacy, the key to the proximity data would be stored on the phone itself and could only be unlocked when the phone’s owner voluntarily provided it to health officials. If a person tests positive for a disease such as COVID-19, health officials could then use Jamieson’s system, called CoV-2-Traceback, to automatically identify all other cellphone users who were within a certain distance of the infected person for a certain time. The time and distance could be determined by health officials based on knowledge of the disease. Health officials would then automatically contact those people, advise them of the exposure, and instruct them to get tested for the disease and self-quarantine as needed.

Contact tracing and quarantine is a critical part of managing epidemics. However, even with available tests for a disease, the standard method is extremely time consuming. It relies on teams of health detectives to trace contacts and only works for contacts that a patient both remembers and can identify. Jamieson’s system, while mainly effective for people with cellphones, would automate the process and increase speed and accuracy.

Currently, there is no system available to allow location tracing with the degree of detail needed to work with diseases such as COVID-19, which spreads through fairly close contact. However, Jamieson’s research team has extensive experience in developing communications systems both with cellular and Wi-Fi signals. Jamieson plans to build on that experience to make the refinements needed to effectively track disease exposure. 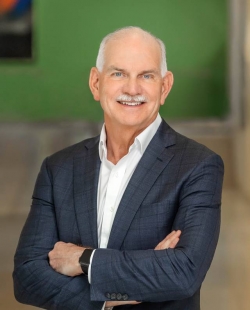 Poor, the Michael Henry Strater University Professor of Electrical Engineering, worked with colleagues at Carnegie Mellon to develop a model that public health officials can use to track the spread of epidemics even as they undergo mutations. That model, published last month in the Proceedings of the National Academy of Sciences, improved on most current disease models, which cannot easily account for mutations.

Poor and co-researchers are now working to extend the model’s capabilities to adjust for public health measures as well. This would give leaders the ability to decide on whether to institute actions such as travel bans and to decide how extensive these measures should be.

Poor, an expert in networks such as cellular communication and the electrical grid, approached the pandemic model as a networking problem. The researchers’ work began as an examination of information’s movement through social networks, which Poor said is remarkably similar to the spread of biological infections. Slight changes in the information itself can have a major impact in how extensively or quickly the information spreads through a network. A twist in presentation that makes something more exciting can make it more likely to be passed to a wider group of people. By modeling such changes, the researchers were able to accurately predict how messages moved.

The same model can be applied to diseases. Poor said the researchers work with graphical abstractions of physical networks, so if the parameters of the model are chosen correctly, the model will track a pandemic as well as information traveling through social media.

“Hopefully, this model could give leaders another tool to better understand the reasons why, for example, the COVID-19 virus has been spreading so much more rapidly than predicted, and thereby help them deploy more effective and timely countermeasures,” Poor said in an article about the initial work.