Jennifer Rexford elected to the National Academy of Sciences

Jennifer Rexford has been elected to the National Academy of Sciencesin honor of her outstanding contributions to computer science.

On April 27, The National Academy of Sciences announced the election of 146 scientists, scholars and engineers in recognition of their distinguished and continuing achievements in original research.  Rexford is among four Princeton professors elected this year. 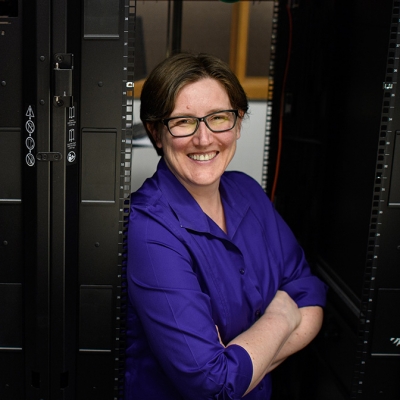 Rexford is the chair of the Department of Computer Science and the Gordon Y.S. Wu Professor of Engineering. A leader in computer networking, she has focused on methods to improve and expand digital communications. Among other areas, she has contributed to advances in the Border Gateway Protocol, which enables communications across the many networks that form the internet. She also helped establish methods to improve the design and control of networks at multiple levels.

Rexford joined the Princeton faculty in 2005 after eight and a half years at AT&T Research. She received a bachelor’s degree in electrical engineering from Princeton, followed by master’s and doctoral degrees in electrical engineering and computer science from the University of Michigan. Among other honors, she is a member of the National Academy of Engineering and the American Academy of Arts and Sciences, and a fellow of the Association for Computing Machinery, which awarded her the 2004 Grace Murray Hopper Award for outstanding young computer professionals.

She is also affiliated faculty in the Center for Information Technology Policy, Electrical Engineering, the Program in Applied & Computational Mathematics, the Princeton Environmental Institute, and the Program in Gender and Sexuality Studies. In 2011, she received a Graduate Mentoring Award from Princeton’s McGraw Center for Teaching and Learning.