Excerpt by the Office of Engineering Communications 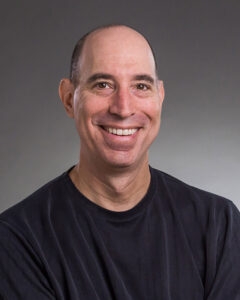 Adam Finkelstein has been named the second Phillip Y. Goldman ’86 Professor in Computer Science, established by a gift of Phillip Υ. Goldman, Class of 1986, and Susan R. Goldman. Finkelstein joined the Princeton faculty in 1997 after completing his Ph.D. at the University of Washington. He is associate chair of the Department of Computer Science.

His research interests revolve around creating tools that help professional and novice artists express themselves in the digital medium, including photo, video and audio manipulation, and stylized rendering for animation. He is a fellow of the Association for Computing Machinery, and has received awards including the National Science Foundation CAREER Award and an Alfred P. Sloan Fellowship. 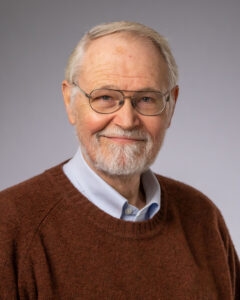 Brian Kernighan has been named the second William O. Baker *39 Professor in Computer Science, established in honor of William O. Baker *39, trustee of the University, 1964-1986, through the bequest of Stephen H. Condit, a friend of the University. Kernighan received his master’s and doctoral degrees in electrical engineering from Princeton, and worked at Bell Labs for 30 years before joining the Princeton faculty in 2000. For the past year, he was the acting faculty director of Princeton’s Center for Digital Humanities.

His work focuses on programming, software tools, application-oriented languages, and technology education. He is the author of a series of books that have become known for clarity and precision. Among them is “The C Programming Language” (1978 Prentice Hall), written with Dennis Ritchie. The book, known among programmers as “K&R,” is a fundamental text on the language. His recent books include “Millions, Billions, Zillions” (Princeton University Press, 2018) and “Understanding the Digital World” (Princeton University Press, 2021). Among other honors, he is a recipient of the USENIX Association Lifetime Achievement Award and is a member of the National Academy of Engineering and the American Academy of Arts and Sciences. 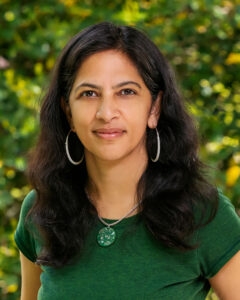 Radhika Nagpal has been named the inaugural Norman R. Augustine ’57 *59 Professor in Engineering, established by a gift from Norman R. Augustine ’57 *59 and Margareta E. Augustine. Nagpal joined the Princeton faculty in January 2022 as a professor of mechanical and aerospace engineering and computer science. Previously, she was the Fred Kavli Professor of Computer Science at Harvard University and a founding faculty member of the Wyss Institute for Biologically Inspired Engineering. She earned master’s and doctoral degrees in computer science from the Massachusetts Institute of Technology.

Her research has explored the dynamic movements of fish schools, the highly successful collective decision-making of ant colonies, and the complex architectures of cell tissues. Informed by biological systems, Nagpal and her team develop novel hardware and mathematical approaches aimed at illuminating collective intelligence and expanding capabilities for the use of robotics in scientific exploration, structural monitoring and construction, and other applications. She is a fellow of the Association for the Advancement of Artificial Intelligence and the Association for Computing Machinery. 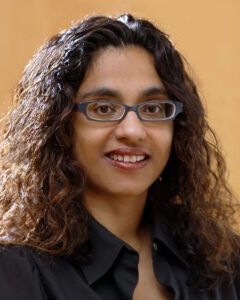 Mona Singh has been named the inaugural Wang Family Professor in Computer Science, established by a gift from Edward Wang P23. Singh, who received her doctorate in computer science from the Massachusetts Institute of Technology, joined the Princeton faculty in 1999.

A professor of computer science and the Lewis-Sigler Institute for Integrative Genomics, Singh focuses on developing algorithmic and machine learning approaches to decode genomes, and she is especially interested in developing data-driven methods for predicting and characterizing protein sequences, functions, interactions and networks, both in healthy contexts and in diseases such as cancer. Her work has identified genes and mutations that play a role in cancer development, an important first step to guiding new treatments. Among other honors, she is a fellow of the Association for Computing Machinery and the International Society for Computational Biology; and a recipient of the National Science Foundation’s Presidential Early Career Award for Scientists and Engineers, and the Rheinstein Junior Faculty Award from the School of Engineering and Applied Science. She is editor in chief of the Journal of Computational Biology.