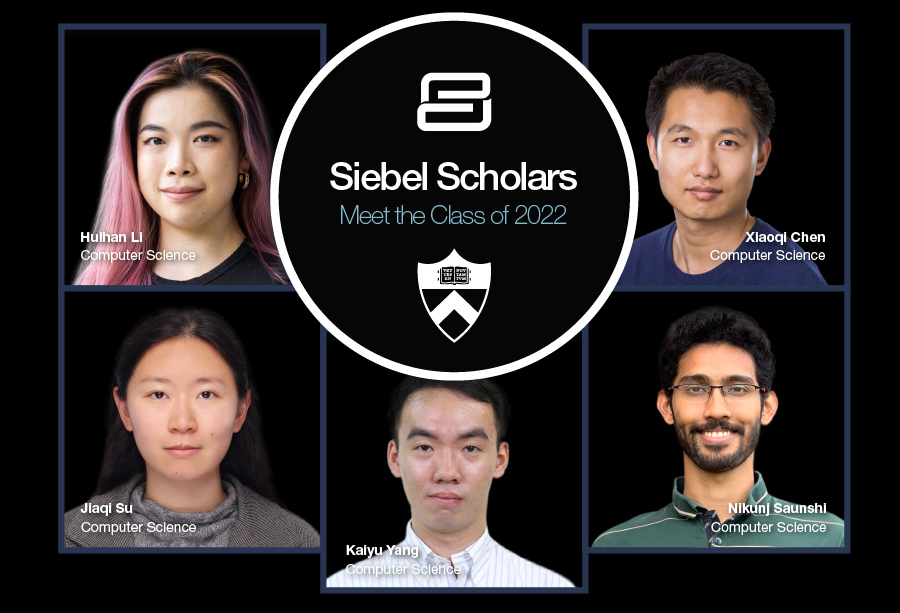 The 82 distinguished students of the Class of 2022 join past Siebel Scholars classes to form an unmatched professional and personal network of more than 1,600 scholars, researchers, and entrepreneurs. Through the program, this formidable group brings together diverse perspectives from business, science, and engineering to influence the technologies, policies, and economic and social decisions that shape the future.

“Every year, the Siebel Scholars continue to impress me with their commitment to academics and influencing future society. This year’s class is exceptional, and once again represents the best and brightest minds from around the globe who are advancing innovations in healthcare, artificial intelligence, financial services, and more,” said Thomas M. Siebel, Chairman of the Siebel Scholars Foundation. “It is my distinct pleasure to welcome these students into this ever-growing, lifelong community, and I personally look forward to seeing their impact and contributions unfold.”

Founded in 2000 by the Thomas and Stacey Siebel Foundation, the Siebel Scholars program awards grants to 16 universities in the United States, China, France, Italy and Japan. Following a competitive review process by the deans of their respective schools on the basis of outstanding academic achievement and demonstrated leadership, the top graduate students from 27 partner programs are selected each year as Siebel Scholars and receive a $35,000 award for their final year of studies. On average, Siebel Scholars rank in the top five percent of their class, many within the top one percent.

Xiaoqi (Danny) Chen is a PhD student at the Department of Computer Science, Princeton University, advised by Prof. Jennifer Rexford. Previously, he obtained his Bachelor's Degree in 2017 from the Computer Science Special Pilot Class (³Yao class´), Tsinghua University, advised by Prof. Wei Xu. He worked as a summer intern at Google (2015) and Barefoot Networks, Intel (2019). His research focuses on designing efficient algorithms that run in high-speed computer networks, to help network operators measure the traffic in real-time and improve the network's performance and security. His works have appeared at top conferences and journals such as ACM SIGCOMM, ACM CoNEXT, and IEEE/ACM Transactions on Networking.

Nikunj Saunshi is a PhD candidate in the Computer Science department at Princeton University. His research interests lie in bridging the gap between theory and practice of machine learning with the goal of improving and designing machine learning algorithms that are grounded in mathematical principles. His recent work has focused on developing theory for representation learning in self-supervised learning, natural language processing and meta-learning. Prior to this, he obtained his bachelor’s in computer science from the Indian Institute of Technology Bombay (IITB) and master’s in computer science from Princeton University. He spent two years in South Korea, working as an Associate Engineer in the R&D division of Samsung Electronics. He was also an intern at Microsoft Research, Google and IST Austria.

Jiaqi Su is a Ph.D candidate in Computer Science at Princeton University advised by Prof. Adam Finkelstein. She received her B.S. degree in Computer Science from Cornell university. Her research focuses on the use of deep learning to transform and improve audio, with applications including speech enhancement, bandwidth extension, speech source separation and acoustic matching. She worked as an intern at Adobe Research three times between 2019 and 2021 on the long-term project of improving low-quality audio recordings to sound studio-quality. Prior to coming to Princeton, she interned at Machine Learning Group of Tencent Youtu Lab, working on the classic voice conversion problem. She received the Award for Excellence by Princeton University School of Engineering and Applied Science in 2020.

Kaiyu Yang is a Ph.D. candidate in the Department of Computer Science at Princeton University, advised by Prof. Jia Deng. His research applies deep learning and symbolic methods to teach machines to reason. This includes reasoning in both formal domains such as automated theorem proving and informal domains such as rule induction from natural language. In addition, he has also worked on constructing and analyzing machine learning datasets, especially focusing on fairness, privacy, and mitigating dataset bias. Before joining Princeton, he received an M.S. in computer science from the University of Michigan, a B.Eng. in computer science from Tsinghua University, and a B.S. in mathematics from Tsinghua University.