Princeton Students gathered to celebrate the 2017 Siebel Scholar Award winners.  The Siebel Scholars program acknowledges leadership, academic achievement, and the collaborative search for solutions to the world's most critical issues.

After completing the French Scientific Baccalaureate with a Mathematics specialty (Mention Bien), Kevin Boutarel pursued an undergraduate degree in Mathematics at George Mason University. Kevin discovered he could apply the problem-solving skills of Mathematics to Computer Science. As a freshman, he became a Mathematics tutor and continued until graduation. Kevin took a Graduate Complex Analysis course his junior year and became a CS undergraduate teaching assistant the Spring of his senior year – graduating summa cum laude in 2015 with a 3.98/4 GPA. During a 2015 summer internship at FireEye, Kevin built a tool to automate their testing framework, still in use today. At Princeton, Kevin took core computer science courses while acting as a TA for the introductory CS course. During the Fall semester, Kevin and his team won first place in the Cisco SDN Hackathon. This led him to become a research assistant on IoT research in the Spring. Hoping to make SDN research his employment goal, Kevin is currently doing an internship on this subject at Stratus Solutions.

Rafael Oliveira is a graduate student in Computer Science at Princeton University, where he is advised by Professor Zeev Dvir. Before that, he was an undergraduate and masters student at MIT, double majoring in Mathematics and Computer Science. Rafael is broadly interested in the interplay between Mathematics and Theory of Computation, with particular interests in Algebraic Complexity and Coding Theory. He has applied techniques from Number Theory, Analysis, and Algebra to obtain structural results for factors of polynomials, as well as to derandomize certain special cases of the celebrated Polynomial Identity Testing problem. Currently, his research focuses on furthering the understanding of the analytical and combinatorial properties of quantum operators, as well as using these operators to prove important results in functional analysis and in extremal configurations of low degree curves in high dimensional spaces.

Shuran Song is a third-year Ph.D. student at Princeton University Computer Science Department. Before that, she received a BEng. in Computer Science from the Hong Kong University of Science and Technology in 2013. Her research interests are in the areas of computer vision. Specifically, she focuses on data-driven 3D scene understanding, with the goal of building computer systems that can automatically understand visual scenes, both inferring the semantics and extracting 3D structure. She has presented her work at various international conferences, including CVPR, ECCV, and ICCV. Shuran was awarded the Facebook Ph.D. Fellowship in Computer Vision in 2015-2016. She was the winner of HKUST academic achievement medal in 2013. 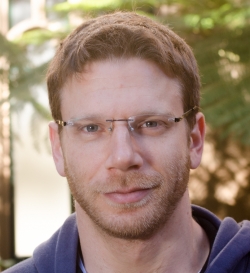 Ohad Fried is a PhD student in the Computer Science Department at Princeton University. His work lies in the intersection of computer graphics, computer vision, and humancomputer interaction. Previously, he received an M.Sc. in Computer Science and a B.Sc. in Computational Biology, magna cum laude, both from The Hebrew University. Ohad’s research focuses on tools, algorithms, and new paradigms for photo editing. He published research papers in premier venues, including SIGGRAPH, CVPR, Eurographics, and NIME. Ohad worked for and collaborated with various companies, including Adobe, Google and Texas Instruments. He is the recipient of a Google PhD Fellowship, a Princeton Gordon Y.S. Wu Fellowship in Engineering, and was part of the Amirim interdisciplinary honors program. If you own a cable modem, there’s a nonnegligible chance that Ohad’s code runs within it, so feel free to blame him for your slow internet connection. 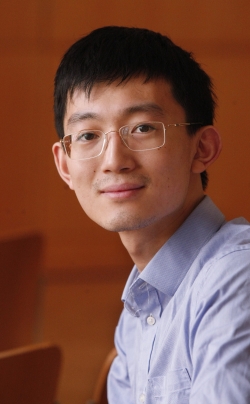 Tengyu Ma is currently a fourth-year graduate student at Princeton University, advised by Prof. Sanjeev Arora. He received his BS in Computer Science from Tsinghua University in 2012. He won the Simons Award for Graduate Students in Theoretical Computer Science, IBM Ph.D. Fellowship, Wu Prize for Excellence, and Dodds Fellowship. Before his Ph.D. career, he obtained 8th Place in the Putnam Mathematical Competition and a silver medal in the International Mathematical Olympic (IMO). Ma’s research seeks to develop efficient algorithms with provable guarantees for machine learning problems. His research papers contribute to the areas and topics including non-convex optimization, deep learning, natural language processing, distributed optimization, convex relaxation (e.g. sum of squares hierarchy), and control theory. He has interned at Google and Microsoft Research.

Janam Jhaveri  is a graduate student at Princeton University, working towards his PhD in Electrical Engineering and Materials Science. His research in Professor James Sturm’s lab is focused on novel passivating selective contacts for crystalline silicon solar cells using titanium dioxide. Jhaveri was the recipient of the Maeder Graduate Fellowship in Energy and the Environment through the Princeton University Andlinger Center in 2014. He was also the student co-leader on the Magnetic Fusion Energy Technology Distillate published through the Andlinger Center and has served as chair of Princeton Energy and Climate Scholars (PECS), an honor graduate student society. He helped found Princeton Bhangra, a nationally competitive Indian folk dance team and is notably the only graduate student on the team. He additionally served on the national executive board of his fraternity, Beta Chi Theta. Jhaveri graduated from Purdue University in 2011 with a Bachelor of Science degree in Electrical Engineering.

Maria Ferrara is a visiting Princeton from her home institution of Politecnico di Tornio, Italy.  She has recieved the Siebel Scholar award in the energy science field and was invited to attend Princeton's celibratory dinner.

Maria Ferrara received her Masters degree in Architecture Construction-City in 2013 from Politecnico di Torino (110/110 summa cum laude). She defended a thesis on modeling and optimization of Zero Energy Building in collaboration with the Centre d'Energétique et de Thermique de Lyon (CETHIL) at the INSA-Lyon (National Institute of Applied Science) University in France. During her studies, she attended a program of excellence, joint between Politecnico di Torino and Politecnico di Milano, for the development of a multidisciplinary project on community-based policies for natural resources sustainable development. She is the coordinator of a project named “5 Terre Smart Start” that won a national competition for funding (about 200,000 €). She is co-author of 3 journal papers and 9 papers presented at international conferences.