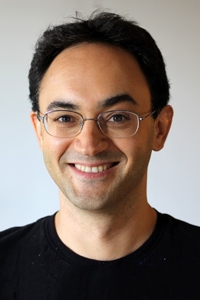 Zeev Dvir, a professor in the computer science and mathematics departments, received his Ph.D. in 2008 from the Weizmann Institute of Science in Rehovot, Israel, and did post-doctoral work at the Institute for Advanced Study. He has a broad interest in theoretical computer science and mathematics, with special attention to computational complexity, pseudo-randomness, coding theory and discrete geometry. He was awarded an Alfred P. Sloan Foundation Research Fellowship in 2013. In 2012, he won the Dénes König award from the SIAM Conference on Discrete Mathematics, and in 2011 was awarded the Alfred Rheinstein ’11 award, given each year to an assistant professor in the School of Engineering who has shown exceptional promise.