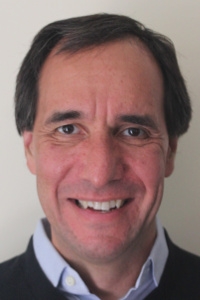 Robert Schapire is a Principal Researcher at Microsoft Research in New York City, and is currently a Visiting Lecturer in Computer Science.  He received his PhD from MIT in 1991.  After a short post-doc at Harvard, he joined the technical staff at AT&T Labs (formerly AT&T Bell Laboratories) in 1991.  In 2002, he became a Professor of Computer Science at Princeton University.  He joined Microsoft Research in 2014.  His awards include the 1991 ACM Doctoral Dissertation Award, the 2003 Gödel Prize, and the 2004 Kanelakkis Theory and Practice Award (both of the last two with Yoav Freund).  He is a fellow of the AAAI, and a member of both the National Academy of Engineering and the National Academy of Sciences.  His main research interest is in theoretical and applied machine learning, with particular focus on boosting, online learning, game theory, and maximum entropy.