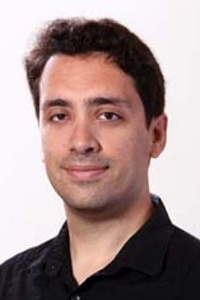 Lecturer Iasonas Petras earned his doctorate in computer science from the Columbia University, where he also obtained a master’s in computer science. He also holds an M.Sc. in Mathematical Modeling in Modern Technologies and Economics from the National Technical University of Athens. His interests involve the algorithmic and complexity analysis of multivariate mathematical problems. He is researching quantum algorithms for continuous mathematical and physical problems that demonstrate a significant speedup compared to their classical counterparts. He also is studying ways to eliminate the "curse of dimensionality," the exponential dependence of the cost of algorithms on the dimension of the problem.