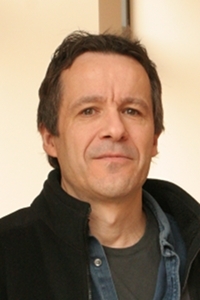 Bernard Chazelle is the Eugene Higgins Professor of Computer Science at Princeton University, where he has been on the faculty since 1986.  He has held research and faculty positions at College de France, Carnegie-Mellon University, Brown University, Ecole Polytechnique, Ecole Normale Superieure, University of Paris, INRIA, Xerox Parc, DEC SRC, and NEC Research, where he was the president of the Board of Fellows for many years. He has served on the editorial board of more than a dozen scientific journals. He received his Ph.D in computer science from Yale University in 1980. The author of the book, "The Discrepancy Method," he is a fellow of the American Academy of Arts and Sciences, the European Academy of Sciences, and the recipients of three Best Paper awards from the scientific organization SIAM.