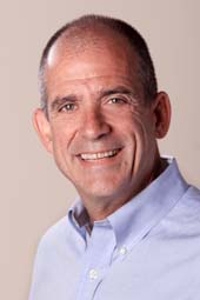 Alan Kaplan joined the teaching faculty in the Department of Computer Science in September 2014.   His career spans academic research to industrial R&D to technology startup/entrepreneurship and he has over twenty years experience leading research and product development involving mobile software.

Dr. Kaplan primarily serves as one of the lead preceptors for COS 126.  He also advises many independent work projects centered around the theme of random apps of kindness.   In addition, he serves as a Wilson Fellow, advising incoming first-year BSEs and is an Athletic Fellow for the Princeton University Women's Track and Field team.

Prior to joining Princeton, he was the Chief Technology Officer for Drakontas, a software company that develops a mobile command, control and collaboration platform, called DragonForce, for law enforcement, public safety and first responder agencies.

Dr. Kaplan is an active volunteer in the IEEE.  He currently serves on the Steering Committee for the IEEE Consumer Communications and Network Conference (IEEE CCNC).

Dr. Kaplan is passionate about recovery and rebuilding efforts in Puerto Rico.  During the summers of 2018 and 2019, he led teams of Princeton undergraduates teaching a version of COS 126 at the University of Puerto Rico Mayagüez and volunteering at rebuilding/recovery sites throughout the island.

D. Barrett, A. Kaplan, and J. Wileden. Automated support for seamless interoperability in polylingual software systems. In The Fourth Symposium on the Foundations of Software Engineering, San Francisco, CA, October 1996.