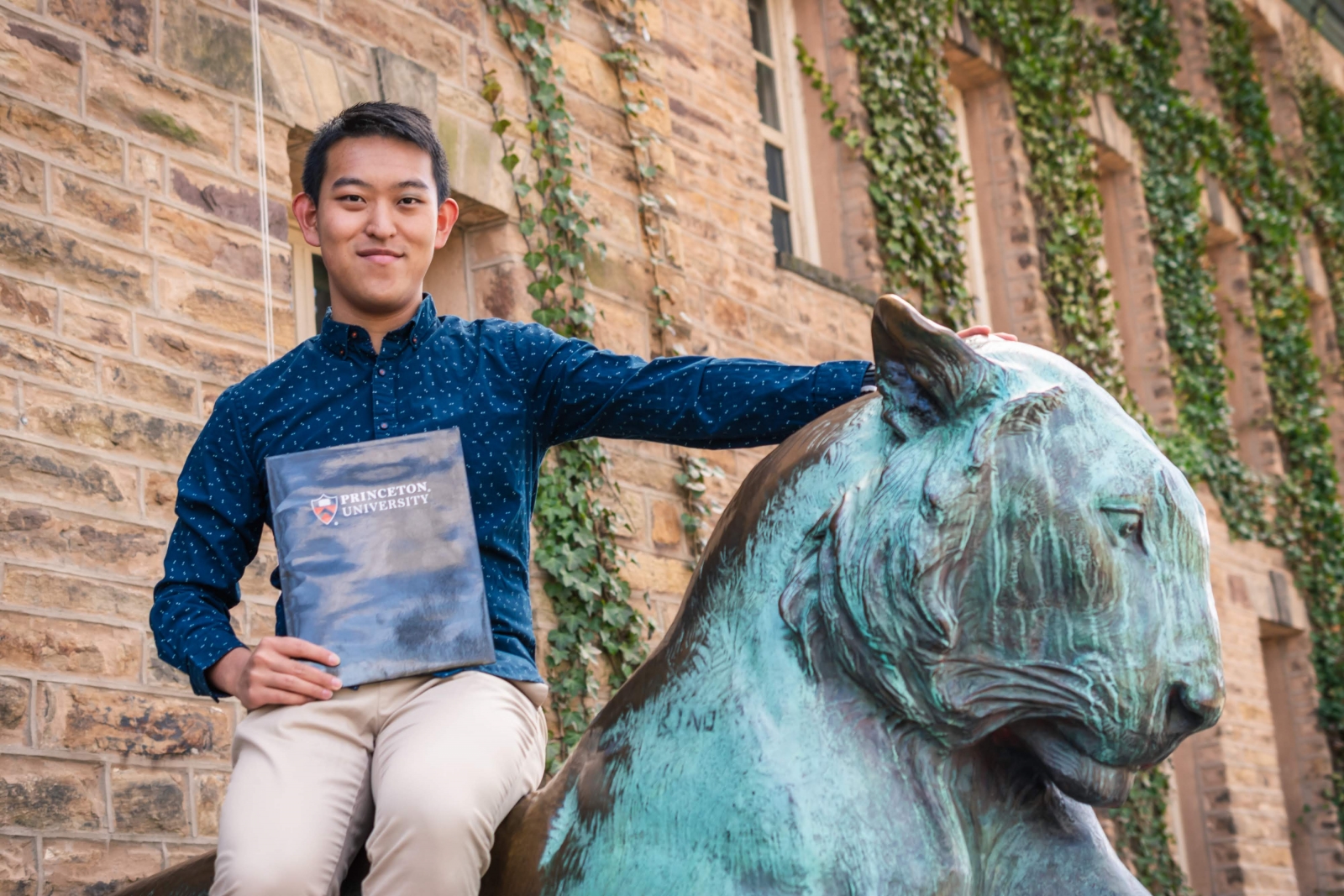 Song became interested in Princeton history when he learned that the University library had digitized issues of the Daily Princetonian stretching back to the late 1800s.

“The digital archive is amazing because it allows historians and researchers to easily access the issues. It is also important because some of the old newsprint has become very fragile,” he said. “The digitalization process was incredibly manual and work-intensive, with entire copies of old newspapers on microfilm sent to Canada and Cambodia to be photographed. The content was then extracted using optical character recognition.”

For his independent project for the CSML certificate, which he undertook in the fall of 2018, Song decided to analyze the content of the Daily Princetonian from 1946 to 2015 using machine learning algorithms to perform natural language processing.

Specifically, Song stated in his report that his project was focused on “quantitatively analyzing the text within articles to examine Princeton’s history through a linguistic lens. Using several word embedding models including Word2Vec, this project explores the relationships between words, capturing word similarity and association, as well as the change in usage of words over time.”

His work, done under Professor of Computer Science Brian Kernighan as his advisor, builds upon earlier computational work analyzing the Daily Princetonian.

Song tracked the use of certain words over time and made connections between events on campus and the world, such as the admittance of women into Princeton, protests against the Vietnam War, changes to eating club admissions, and the relationship between different residential colleges.

For example, Song saw changes in how people of Asian descent were described, from at first being called Orientals and later as simply Asian. In the past,  Princeton students were called boys and girls but are now called men and women. He also saw how the phrase “computer science” grew with popularity over time, eclipsing words like “chemistry” and “mathematics.”

“You can visualize how things have changed over time linguistically and on socio-cultural subjects,” he said.

During the course of his studies, Song found that his CSML classes complimented his computer science courses.

“My CSML classes have been very helpful and they have been a highlight of my Princeton experience,” Song said. “What I learned in my COS classes was theory and I got to apply theory into real world problems and data sets in my CSML classes. I used tools I learned in CSML to achieve meaningful objectives and they also allowed me to delve into different subjects such as economics and math.”

After graduation, Song started work as a quantitative researcher at Citadel, a Chicago-based hedge fund firm. From there, Song plans on exploring the intersection of finance and technology and may enroll in graduate school in the future but is currently leaning to staying in industry.

Song played Principal Clarinet in the Princeton University Orchestra, where he also served as President and Publicity Chair. He also played in smaller groups such as the University Chamber Orchestra and the Triangle Club Pit Orchestra. His highlights include leading the Orchestra to sold-out concerts in Europe and playing under Gustavo Dudamel in celebration of the 125th anniversary of Princeton University Concerts. In addition, he was a teaching assistant for the Computer Science Department, lead E-Quad tour guide, dormitory assistant, and peer career advisor.

Song listens to music for fun and also plays the saxophone and violin. He also enjoys learning programming languages and solving puzzles, which was inspired by his experience at the International Mathematical Olympiad, winning bronze and silver medals representing Australia. In his spare time, he enjoys cycling along the Chicago lake.