Summer at CS: A Season for Reaching Out 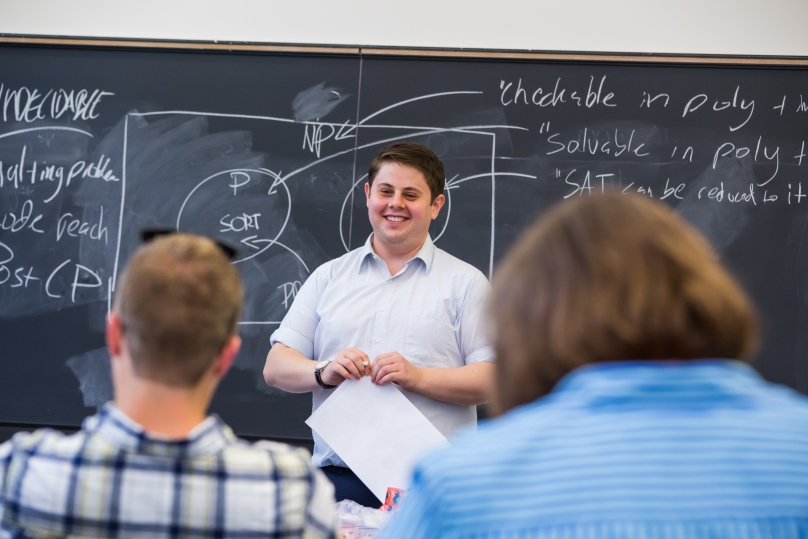 When Dan Leyzberg joined the Computer Science Department as a lecturer in 2014, he brought with him a determination to spread his excitement about his field not only to Princeton undergrads but to high school classrooms across the country.

This summer, Leyzberg’s passion bore fruit as 25 teachers from nine states, including 11 from New Jersey, attended his first summer professional development workshop for high school computer science teachers. The intensive one-week program, called simply Advanced Topics, was one of several summer offerings at Princeton that aim to draw more secondary-school students and teachers — as well as Princeton undergrads — into the possibilities of computer science in terms of learning and careers.

Leyzberg, who taught high school CS classes for six years while earning his Ph.D. from Yale, has long believed that schools should begin computer science education earlier and should teach the subject at more sophisticated levels. He cites studies that show fewer than a third of high-school computer-science teachers have CS degrees and just 1% of all high-school students take AP Computer Science A, which emphasizes object-oriented programming and algorithm development. 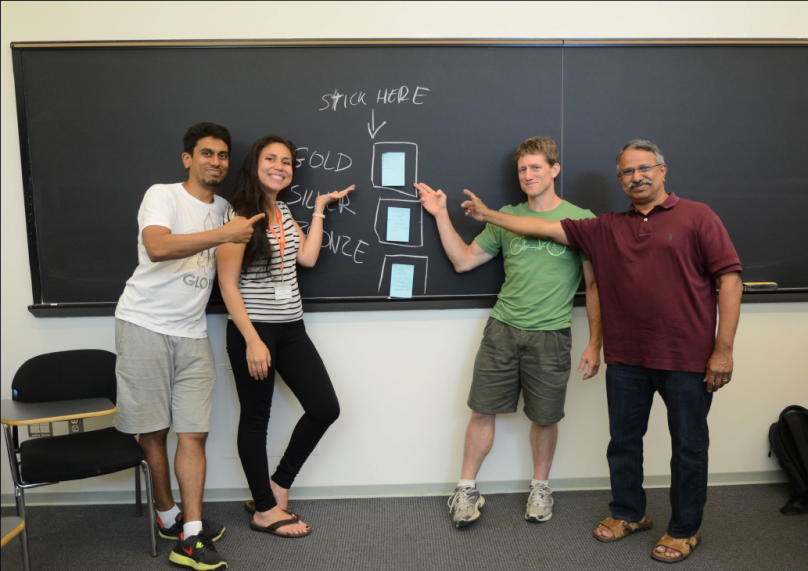 “While there are lots of other professional development workshops for computer science teachers, ours is one of the few targeted at anything other than an introductory course,” he said. “I know, through my experience teaching high school and attending computer science education conferences for the past 10 years, that many computer science teachers come from other fields. They love teaching CS, but they need to learn what comes after the beginning courses to be able to teach it to their students.”

Enthusiasm is one of Leyzberg’s trademark personal qualities, and he wants that passion to be infectious. (On his web page, he declares: “I get paid to do what I love, teach computer science to some of the brightest young people on the planet!”)

“The more thorough CS content knowledge the teachers have, the better prepared they are to foster excitement about CS, as opposed to just technology applications, at a deeper level in their introductory classes,” he said.

Leyzberg received 95 applications for the demanding five-day workshop, which covered five weeks of material derived mainly from the second half of COS126, the introductory computer science course that is Princeton’s most popular. 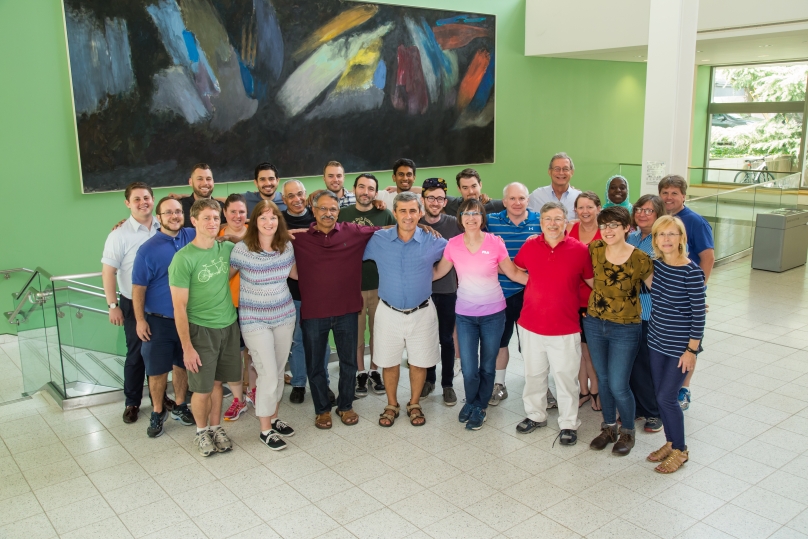 “We chose the most advanced material from the course, which goes beyond typical high school content, in order to expand teachers’ exposure to CS content knowledge,” said Leyzberg, who precepts for COS126 during the regular school year.

“Our workshop was successful partly because we challenged teachers to tackle a new and exciting curriculum that most had not yet seen, in a subject they already enjoy teaching,” he says. Based on overwhelmingly positive reviews of this initial workshop, he and his fellow organizers hope to expand next summer’s offering to accommodate as many as 100 high-school teachers.

The Aug. 1-5 workshop reflected a team effort. Robert Sedgewick, the William O. Baker ’39 Professor, and lecturers Christopher Moretti and Ananda Gunawardena, helped win a Google grant to fund the flagship offering, enabling it to be offered free to participants. Grace Elia, who teaches math and computer science at Princeton High School, worked with Moretti and Leyzberg in planning the agenda, organizing and administering the workshop and delivering the content. During the workshop, lecturers Jérémie Lumbroso and Donna Gabai helped out as well.

One of the CS department’s longest-running warm-weather programs is called Summer Programming Experiences, which has the stated goal of “providing novice programmers an opportunity to become better computer scientists, and the confidence and hands-on experience to thrive in more advanced computer science courses.” 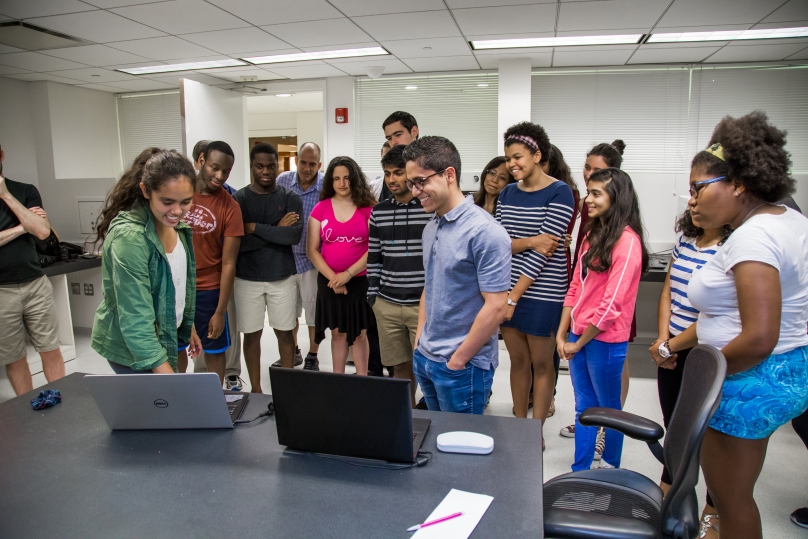 The six-week program is open to first-year or sophomore Princeton students as a follow-up to COS 126, the introductory computer-science offering that has become Princeton’s most popular course. The hook is that students get to work on projects of their own choosing “in a supportive, fun, and enriching environment.” Past projects have included a campus tour app, a voting machine analyzer, a skeet shooting game, a juggling simulator, network checkers, an economics simulator, and a billiards simulator.

Senior Lecturer Kevin Wayne, who has been involved with the June-July offering since 1999, says the program has become extremely popular. “Enrollments spiked a few years ago, coinciding with booming enrollments in COS 126,” he said. “Over the past three years, we have gradually increasing the number of participants from 12 to 16.”

This year, he received 50 applications and accepted 17 students, all but one of whom enrolled. 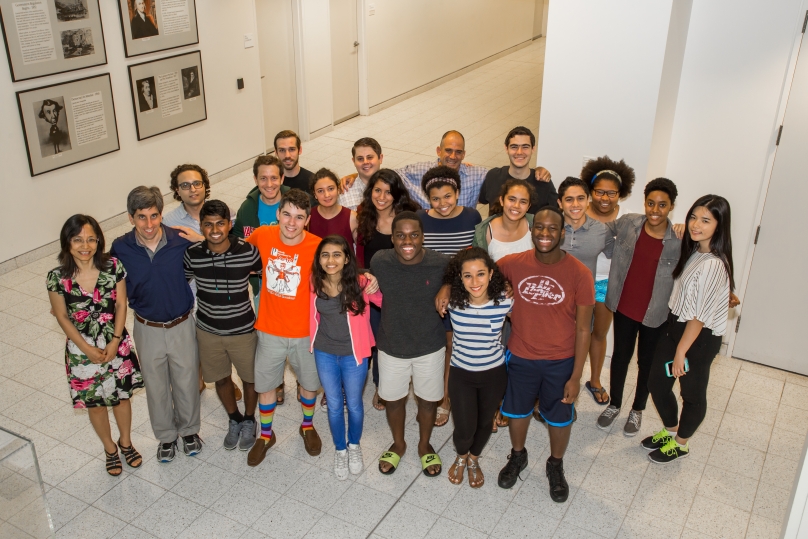 “Demand greatly exceeds our capacity,” Wayne said. “The rate at which accepted students enroll indicates that the program's reputation generates great excitement and that alternate opportunities available for students at this stage in the pipeline are limited.”

“With so many novice programmers taking and enjoying COS 126, it’s natural for demand for this program to increase. Doing a mini independent work project is lots of fun, especially at a time when you’re not taking three or four classes.”

Wayne said the kind of projects selected by his summer students is changing. “Not long ago, most of the projects were stand-alone Java or C applications and games. More recently, students have become especially interested in developing mobile apps for iPhone or Android devices and web apps.

“There are two reasons for this. First, we’re surrounded by mobile and web apps in our daily lives, so it’s natural to want to build an app that friends and family can share. Second, the tools for developing mobile apps are now much more accessible to novice programmers. This summer, we had our first aerial drone-based project and our first 3D game, perhaps the beginning of two new trends.” 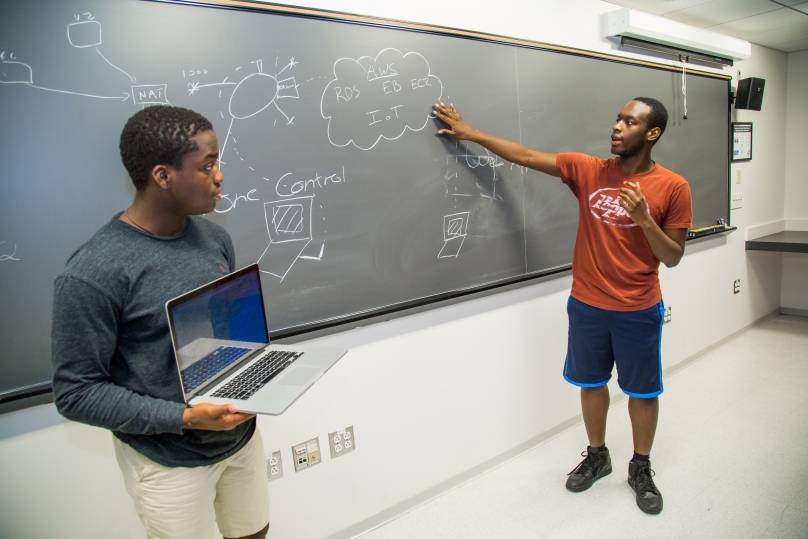 While the SPE may be fun, the program is no summer siesta. Students work full-time, at least 40 hours a week, mostly at the Friend Center computer labs.

“The experience of Princeton computer science faculty indicates that many of our female and under-represented minority students have less confidence in their computer skills than their male counterparts, in part due to more limited exposure in high school,” he said. “Students in these groups can benefit disproportionately from this unique opportunity.”

This summer, 10 of the 16 participants were women, five members of the group were African-American, and two were Hispanic.

A third summer offering at Princeton, the Program in Algorithmic and Combinatorial Thinking (PACT), is mainly for high school students interested the algorithms and mathematics that constitute advanced topics in theoretical computer science. 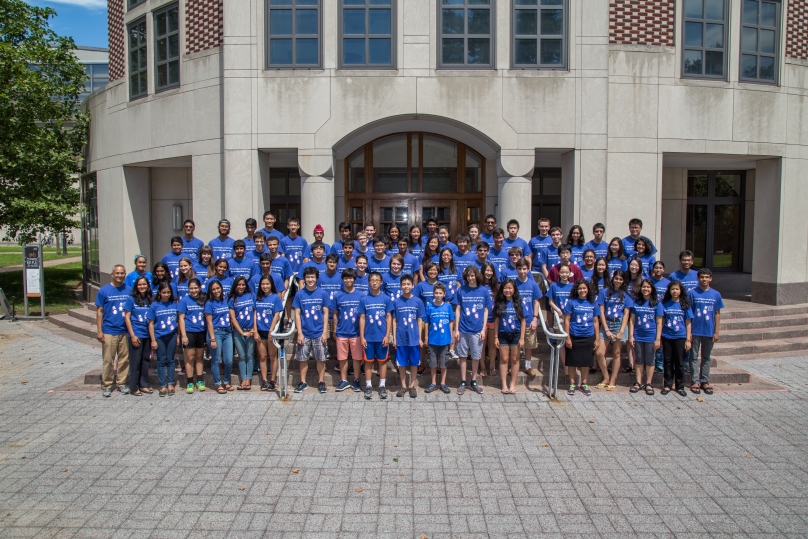 “Many summer programs teach high school students programming and application development, but this six-week intensive course is one of very few with a theoretical and proof-based emphasis,” according to the website.

This year, about 70 high school students, most from New Jersey, and nine undergraduates participated in the program, which took place in the Computer Science Building. The program is hosted by Princeton's Department of Computer Science and is partly supported by a National Science Foundation grant to Rutgers University-Camden.

The program costs participants $1,000 each, and high school algebra is a prerequisite. The only other requirements are “a willingness to work hard and be challenged, and a desire to learn,” according to the website.