Students reflect on COS 126, one of the most popular University courses 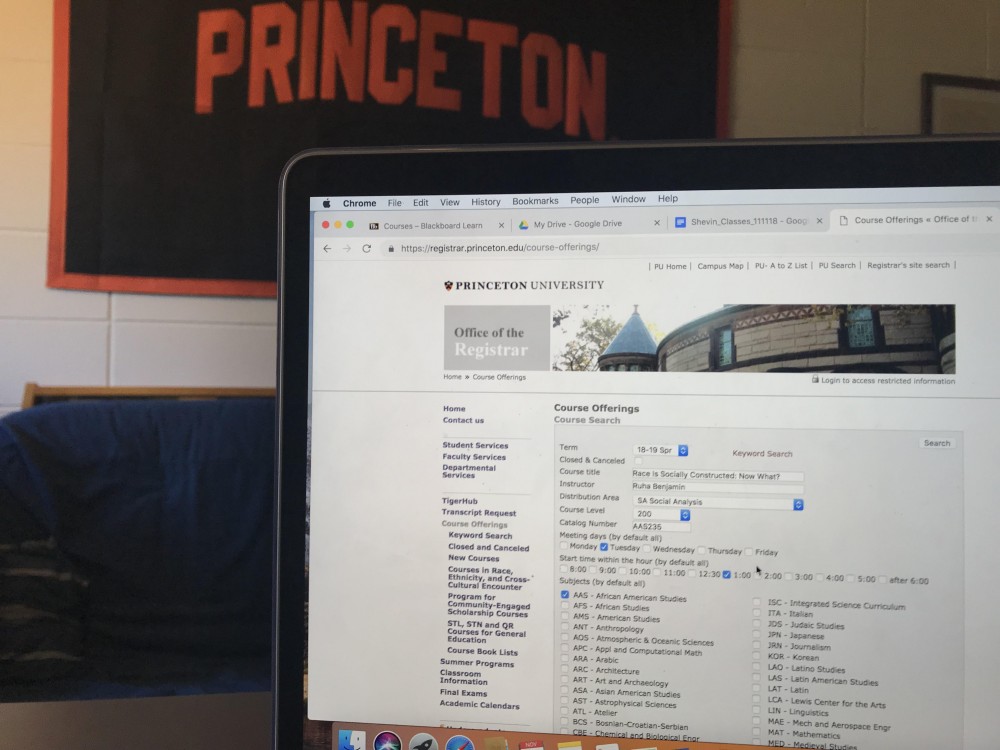 Whether due to riveting subject material, applicability of content, a particularly well-known professor, or all of the above, some University classes are more widely popular than others.

The Office of the Registrar added spring semester classes to its list of course offerings on Nov. 8, giving students the opportunity to pour over the webpage while procrastinating on work for their current classes. Course selections begins Dec. 5, when seniors choose courses, and staggers with each class, ending with first-year course selection from Dec. 12 to 14.

The Daily Princetonian took a look at next semester’s offerings and talked to current and former students about three of the University’s most popular courses, from STEM, social science, and humanities fields. Here’s what they had to say:

University President Christopher L. Eisgruber ’83 wrote in December 2015 that when he came to the University as a student his parents insisted he take at least one computer science class. The practicality of computing and the rise of coding-based jobs have led many University students to make that same decision. That one course, for many, is COS 126.

Over half of students take COS 126 before graduation.

Professor Robert Sedgewick introduced COS 126 in 1992, and he and professor Kevin Wayne developed the course together. Sedgewick and Wayne co-wrote the course textbook, “Computer Science: An Interdisciplinary Approach.”

The professors claim the course sets out to teach basic principles of computer science in the context of scientific, engineering, and commercial applications. Students learn to program in Java, specifically.

“The applications of what you learn can really be used to show you some of the real-world applications of COS, versus sometimes in other classes where you will simply write code,” Nishaad Khedkar ’22 said. “If I was better at programming, I would be a COS major, because it’s just very cool.”

Since the fall of 2015, COS 126 has incorporated a “flipped” classroom model, with lectures completely digitized. Students attend precepts to do examples and master the material in the lectures and attend optional class meetings for further assistance.

Khedkar said that although he personally prefers learning in a classroom setting, many of his peers appreciate the flipped classroom approach.

“The video lectures are very convenient in the sense that a lot of kids speed them up to watch them, they save a lot of time, and you can do them on your own schedule. From most of the people I’ve talked to, there’s an overwhelmingly positive view,” he said.

“It can take people from between 15 minutes and eight hours to do the assignments,” he said. “If there are people that are considering taking the course that have never programmed before, I would have them be aware that it moves very fast, but also it’s definitely very easy to do well if you’re willing to put the work in.”

Khedkar noted that many students currently enrolled in COS 126 are engineers or computer science majors, since engineering has a computer science requirement. However, the interdisciplinary approach to computer science, he said, allows students with wide-ranging educational and professional interests to get something out of COS 126.

He also said understanding computer science and being able to code will be increasingly useful for a wide range of fields of work.

“In the future, it will probably be the most important skill to have,” he said.

This fall, Sedgewick teaches the course, and professors Alan Kaplan, Dan Leyzberg, and Jérémie Lumbroso serve as co-lead preceptors. In the spring, Leyzberg will take over teaching.