Singer, who has been a visiting scholar for the CS department, joined Google in 2005. He earned his bachelor’s and master’s degrees from The Technion – Israel Institute of Technology, and his doctorate from the Hebrew University of Jerusalem. He taught on the faculty of Hebrew University from 1999 to 2007 and previously worked at AT&T Bell Labs. 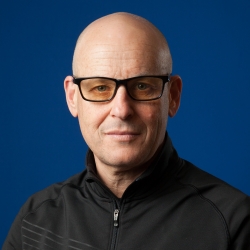 Sanjeev Arora, the Charles C. Fitzmorris Professor of Computer Science, said Singer “will be a fabulous addition to our faculty in every way. Yoram is a careful researcher who thinks deeply about machine learning principles and practice. He has a distinguished record in mentoring young researchers, and several of his mentees are now faculty at top universities.

This fall, Singer will co-teach (with professor Elad Hazan) a new undergraduate course, COS 324, “Introduction to Machine Learning.”

Russakovsky comes to Princeton from Carnegie Mellon University, where she was a postdoctoral research fellow at the university’s Robotics Institute. She earned her bachelor’s, master’s and doctoral degrees from Stanford University.

“I am interested in developing artificial intelligent systems that are able to reason about the visual world,” Russakovsky says on her Princeton website. “My primary research area is computer vision, closely integrated with machine learning and human-computer interaction.” 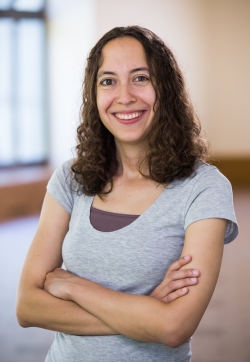 “In a nutshell, she wants to teach computers to recognize what is going on in images and video, and to do so in a way that can really scale up — using ever-greater amounts of ‘training data’ in the form of huge Internet-scale collections of images, as well as the right kinds of human input, to make recognition better and better. As such, she really fits well into our department, where many of our faculty are focused on this kind of ‘big data’-driven learning in a variety of contexts.”

Russakovsky is passionate about diversity in computer science in general, and artificial intelligence in particular, and has been studying how to reach out to girls as early as high school, to get them excited about becoming involved in the fields. Starting next year, she will organize a summer camp for high-school students at Princeton, patterned after her highly successful SAILORS [Stanford Artificial Intelligence Laboratory Outreach Summer] program at Stanford.

For the fall semester, she will teach COS 429, “Computer Vision.” In the spring, she will lead a new graduate seminar in computer vision.

Lloyd is returning to Princeton after three years as a co-leader of the Networked Systems Lab at the University of Southern California. He became an assistant professor at USC after earning his doctorate in computer science from Princeton in 2013. He also was a visiting scientist and a postdoctoral researcher at Facebook. 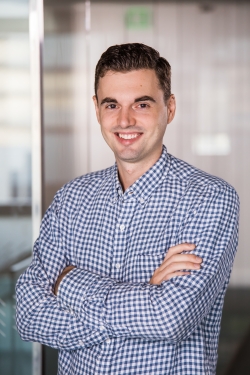 On his faculty website at USC, Lloyd describes his interests as centering on “the theory, design, implementation, evaluation, and deployment of large-scale distributed systems. Keywords like big data, storage, consistency, geo-replication, consensus, concurrency control, and fault tolerance pique my interest.”

“A major theme in Wyatt’s work has been how can one build distributed storage systems that can achieve both formal guarantees and high performance. This work is important and fundamental, and sets the stage for how engineers can build scalable distributed systems in the future.

“His work has spanned the conceptual to practical. On the one hand, he’s established new impossibility results for building geo-replicated systems — and also new designs that ‘abut’ these impossibility barriers. And while working with Facebook, he’s also helped design systems that are used by billions of users every day.”

For the fall semester, Lloyd will teach a graduate seminar, “Emerging Topics in Distributed Systems.”