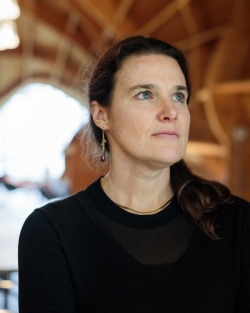 The Overton Prize recognizes the research, education, and service accomplishments of early to mid-career scientists who are emerging leaders in computational biology and bioinformatics. The Overton Prize was instituted in 2001 to honor the untimely loss of G. Christian Overton, a leading bioinformatics researcher and a founding member of the ISCB Board of Directors. Barbara Engelhardt is being recognized as the 2021 recipient of the Overton Prize.

Barbara Engelhardt joined the Princeton Computer Science Department in 2014 from Duke University, where she had been an assistant professor in Biostatistics and Bioinformatics and Statistical Sciences.  She graduated from Stanford University and received her Ph.D. from the University of California, Berkeley.

Barbara Engelhardt’s research is in developing statistical models and machine learning methods for the analysis of biomedical data, with a focus on studying complex associations, time-series, sequential decision-making, and predicting the effects of perturbations in human cohorts, single cell data, and hospital patient data. In the field of single cell genomics, dimension reduction is a pressing problem and she has contributed a scalable and robust approach to dimension reduction using a Gaussian process latent variable model (GPLVM) with t-distributed residuals. Her group also developed approaches to determine the specific set of genes that differentiate particular types of cellular pathology images using machine learning methods like convolutional autoencoders and sparse canonical correlation analysis. Her research has a reputation for producing rigorous and creative statistical approaches for the analysis of complex biomedical data.

As part of the Genotype-Tissue Expression (GTEx) Consortium, Dr. Engelhardt performed key analyses to identify regulatory DNA variation that is linked to distal gene expression changes (“trans-eQTLs”). In the context of this large scale experimental effort, she determined trans-eQTLs across 49 human tissues and 838 individuals. Notable results include a confirmation of the greater tissue specificity of trans-eQTL versus mutations that are nearby the gene they regulate. Based on her expertise and creativity she has contributed numerous novel machine learning and statistics methods to important projects from genomics, population genetics, and human genetics.

Barbara Engelhardt has been an outspoken advocate for women and under-represented groups in the sciences. She has used her voice to advocate on behalf of these groups both through traditional means and on social media. Notably, Dr. Engelhardt's research group, housed in a computer science department, currently includes five women graduate students and postdocs and she has served as a mentor, both formally and informally for many women and individuals from under-represented groups, proving Dr. Engelhardt's status as a leader in the field of computational biology and bioinformatics. 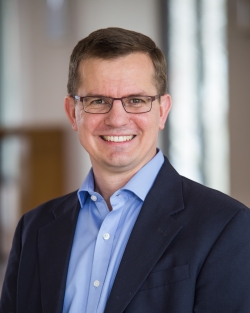 Ben Raphael is a Professor of Computer Science at Princeton University. His research focuses on the design of combinatorial and statistical algorithms for the interpretation of biological data. Recent areas of emphasis include cancer evolution, network/pathway analysis of genetic variants, and structural variation in human and cancer genomes.

His group’s algorithms have been used in multiple projects from The Cancer Genome Atlas (TCGA) and the International Cancer Genome Consortium (ICGC). He co-led the TCGA Pancreatic Adenocarcinoma project and the network analysis in the ICGC Pan-Cancer Analysis of Whole Genomes (PCAWG).

Ben is considered by many to be the leader in algorithmic computational cancer biology. He is the recipient of the Alfred P. Sloan Research Fellowship, the NSF CAREER award, and a Career Award at the Scientific Interface from the Burroughs Wellcome Fund.  His papers cover a range of topics in computational cancer biology. These include the problems of separating genomic mixtures of cancer cells according to the mutations present in their genomes; analyzing temporal progression of mutations in cancer; identifying recurrent copy number aberrations; and discovering important sets of mutations across cohorts of cancer patients according to a statistical signal of anti-correlation, or mutual exclusivity, between mutations in the set. Several of Ben’s algorithms -- including his THetA and AncesTree algorithms for analyzing mixtures of cancer cells, his Dendrix and Multi-Dendrix algorithms for analyzing mutually exclusive mutations, and his HotNet algorithm (RECOMB 2010, Nature Genetics 2015) for network analysis of cancer mutations -- have become standards by which other research groups benchmark their algorithms. Ben’s computational approach to discover important cancer mutations using mutual exclusivity has inspired many other groups to work on this problem.