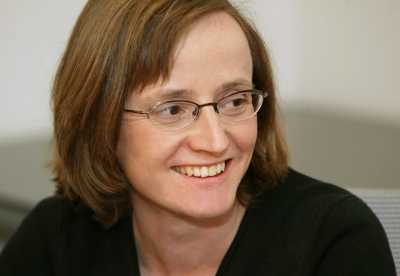 Professor Margaret Martonosi has been appointed one of Cornell University's Andrew D. White Professors-at-Large.  Named in honor of their first President who originated the idea, Cornell established this office of non-resident professor in 1965 in celebration of their centenary.  The title Andrew D. White Professor-at-Large is bestowed upon up to twenty individuals, “from both America and abroad, who have achieved high international distinction in the various areas of science and scholarship as well as in the learned professions, public affairs, literature, and the creative arts.”  During their term, the individuals will visit the campus "to enliven the intellectual and cultural life of the university."  Martonosi will hold this honorary, visiting professorship at Cornell while maintaining her position at Princeton.