Nearly nine months after Hurricane Maria devastated Puerto Rico, the commonwealth is still recovering.  So in the spirit of Princeton's motto "In the Nation’s Service and the Service of Humanity," four students are visiting with CS Lecturer Alan Kaplan to lend their help. 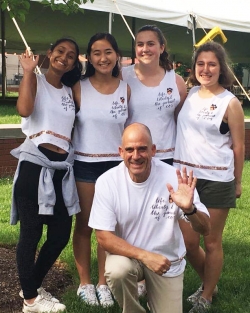 Shanila Shakil ’21, Elise Colter ’21, Christy Lee ’21, and Lucy Norton ’21 are spending their summer assisting with hurricane relief efforts in Mayagüez, Puerto Rico as part of a collaboration between the Office of International Affairs and Operations, the Department of Computer Science, and the Pace Center for Civic Engagement.  Alongside these relief projects, they join Professor Alan Kaplan as Teaching Assistants for a course at the University of Puerto Rico, Mayagüez based on Princeton’s popular introductory computer science class, COS126 - Computer Science: An Interdisciplinary Approach.  This course teaches basic principles and practical issues of computer science.  They arrived with nearly 40 programming textbooks donated by Princeton students and faculty.

In between teaching, Kaplan and the students traveled around the island to additional volunteer sites.

June 12: Visited a small school converted from a bed & breakfast in the Puntas neighborhood to help remove the remains of a building demolished by Hurricane Maria. 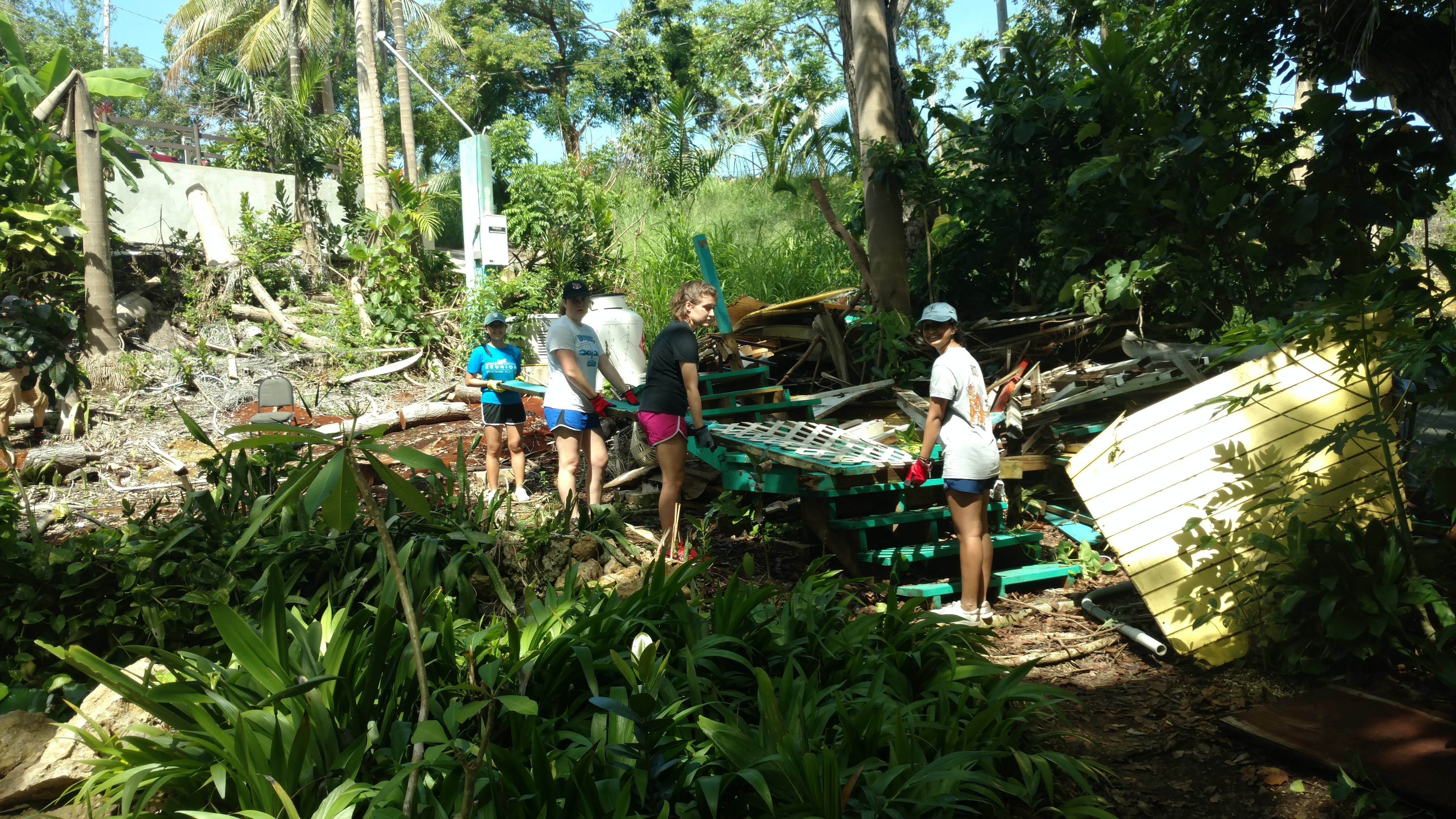 June 16: Volunteered at a food kitchen in San Juan run by WorldCentralKitchen cutting (lots of) chicken, preparing over 80 trays of food, etc. 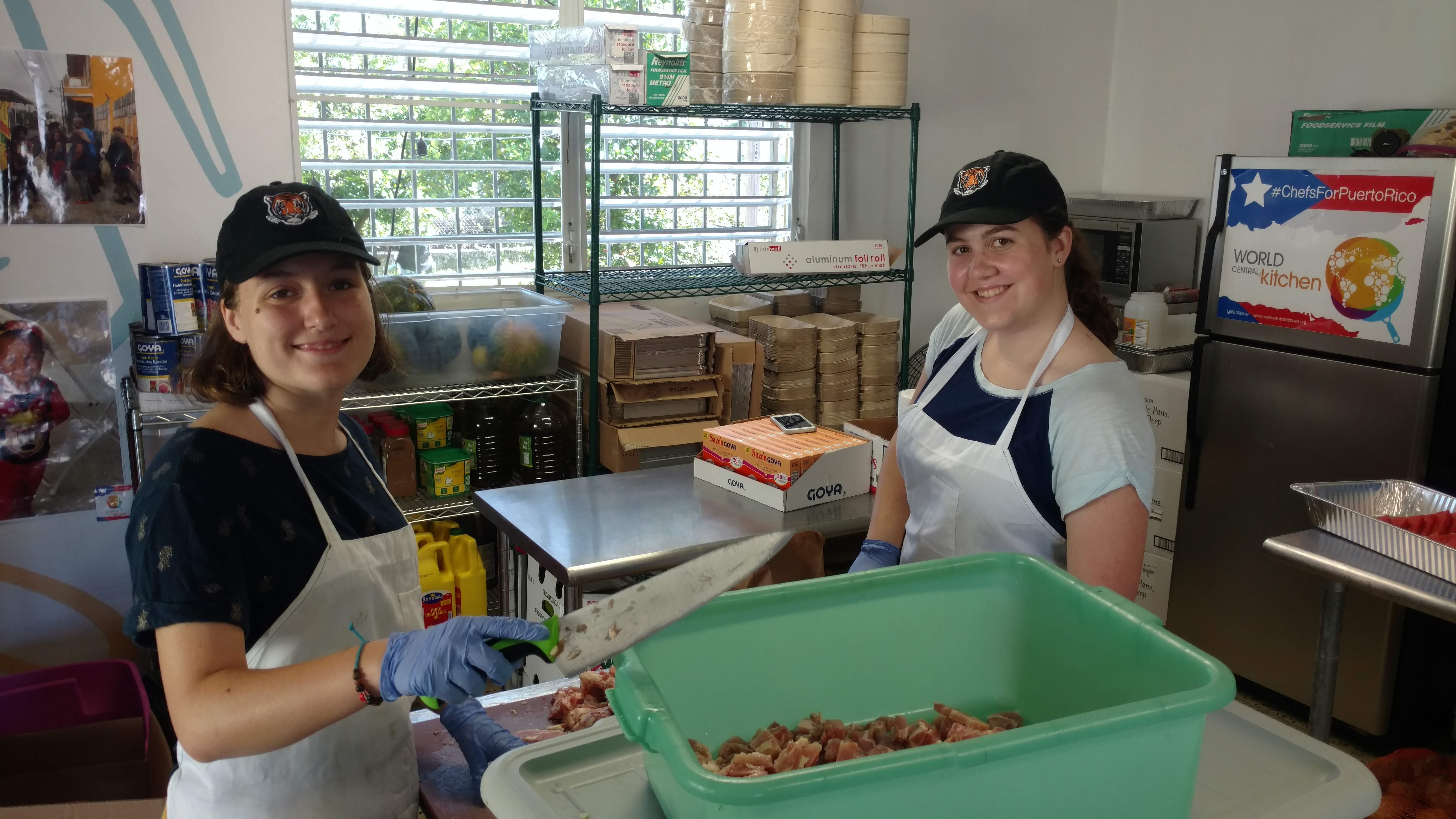 June 22: Joined a group of volunteers at Colectivo Verdolaga in Aguada, a project sponsored by the Earthship Biotecture organization with the goal to build/experiment with sustainable housing using debris from Maria. 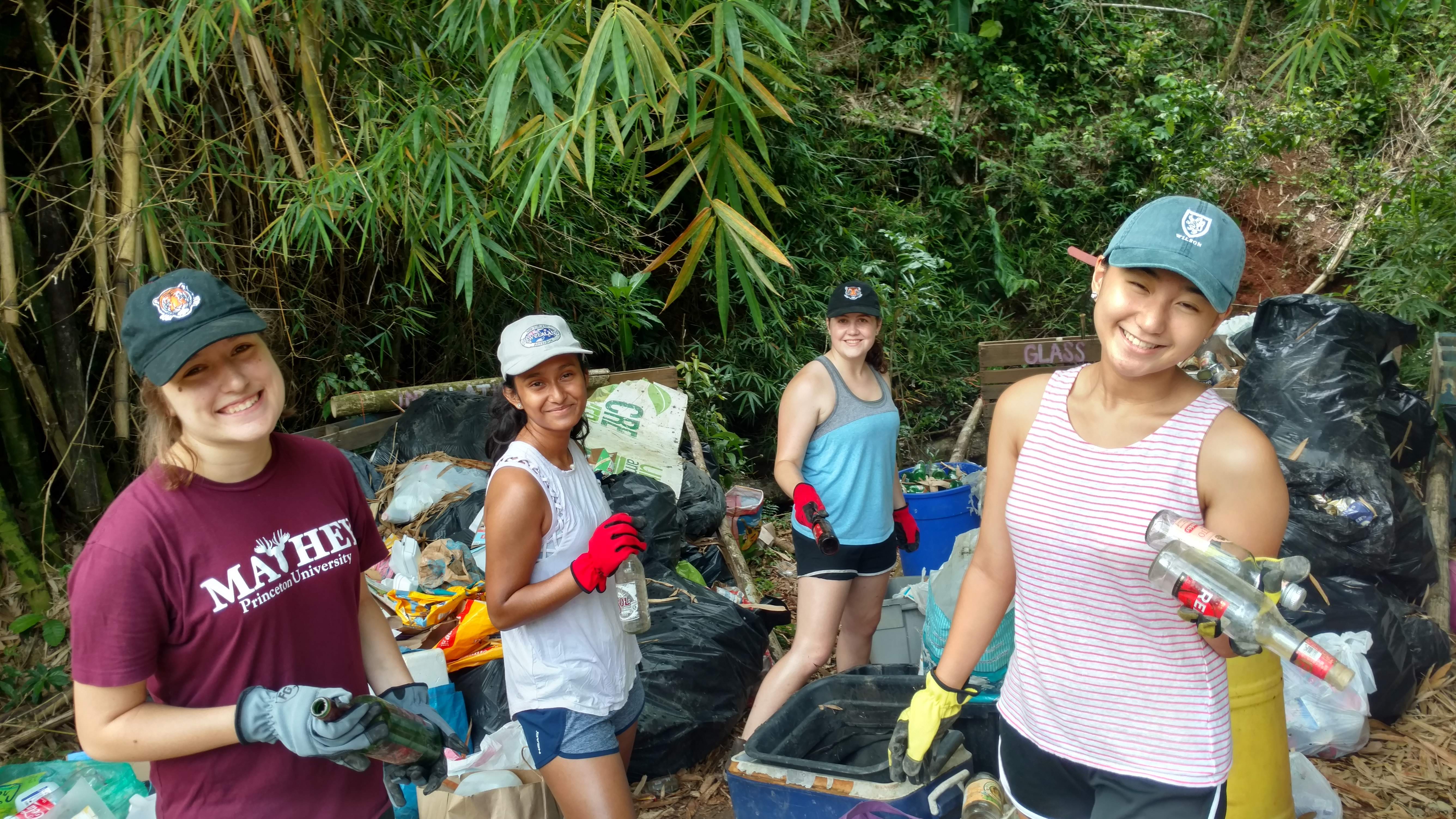 June 23: Joined another group of volunteers, organized by Iglesia Vida Oeste, to clean up Tres Hermanos Beach in Añasco. 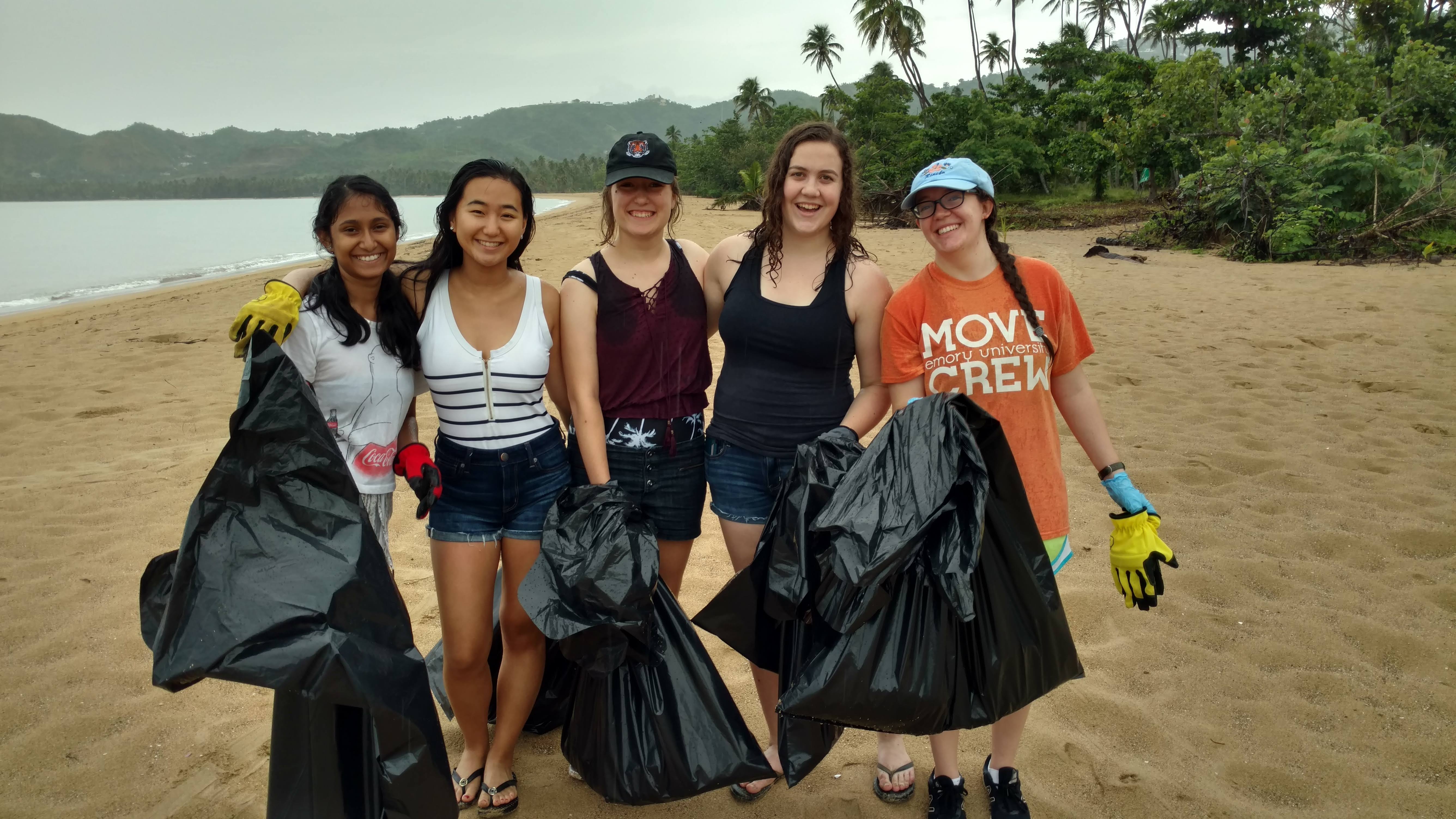 June 30: Traveled to the Laboticadelatierra Farm in Monte Grande Cabo Rojo.  Here they worked with and were educated by Norysell Massanet.  Norysell describes her farm as an "Agricultura Regenerativa: Suelos, Crianza y Fermentación" (Regenerative Agriculture: Soils, Aging and Fermentation). Her goal is to create a model for sustainable farming in Puerto Rico, to cut down reliance on imports, improve nutrition, etc. 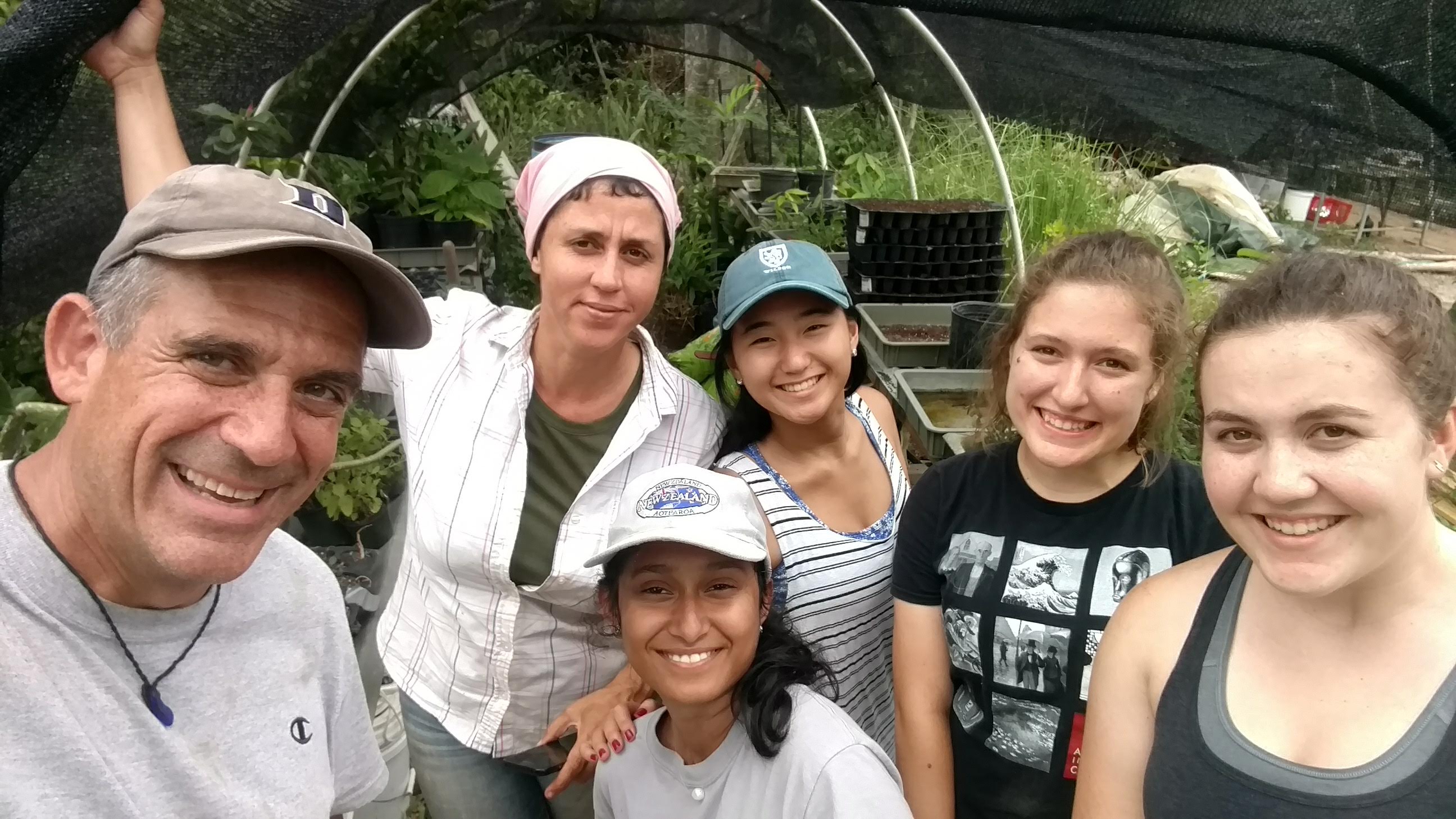 July 3: Helped organize and pack health, water, and food "care packages" with Levantando el Valle Relief and delivered them to those in need in the hills of Añasco, which were devastated by Irma and Maria. "Today the students had the opportunity to experience the more personal side of hurricane destruction and relief," said Dr. Kaplan. 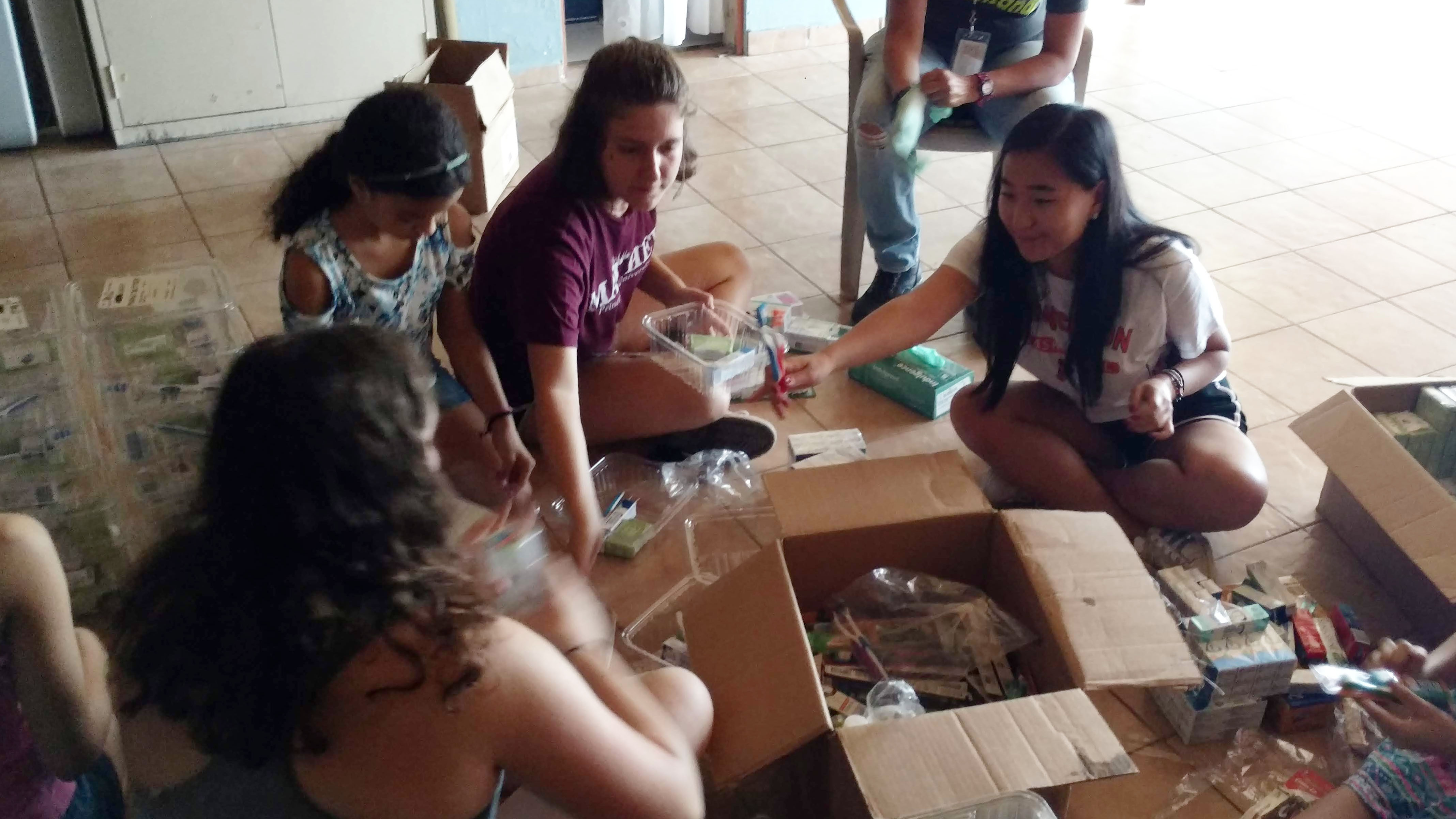