Gillat Kol and Wyatt Lloyd, both assistant professors of computer science at Princeton, have been awarded 2019 Sloan Fellowships, out of just 16 awarded nationwide in computer science by the Alfred P. Sloan Foundation “in recognition of distinguished performance and a unique potential to make substantial contributions to their field.” Two other 2019 Sloan Fellows, Moritz Hardt and Rong Ge, received their PhDs from Princeton (in 2011 and 2013 respectively). 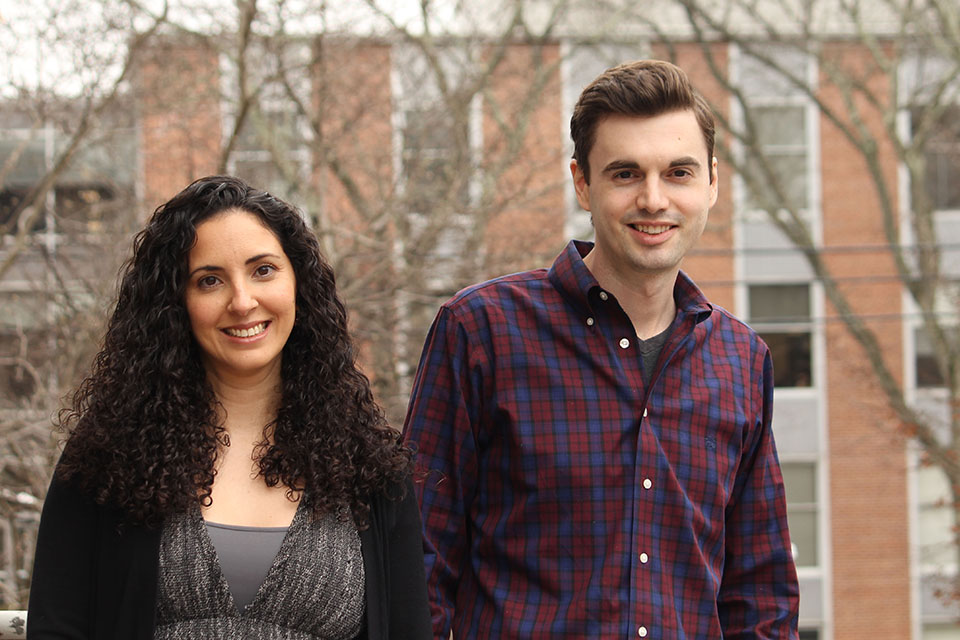 Gillat Kol’s research in theoretical computer science focuses on interactive information theory, an emerging field at the interface between information theory and complexity theory. Shannon’s beautiful information theory studies “one-way” data transmission problems, where one party wishes to send a message to a remote second party. Information theory had a profound impact on both theory and practice. But modern communication systems often go beyond one-way information transfer, and instead operate over many rounds of interactive communication between different parties. Wireless networks, cryptographic and client-cloud architectures are examples of such settings, and the trend for larger and more distributed interactive systems is increasing.  Professor Kol’s research explores the question: to what extent can Shannon’s results be generalized to the interactive setting, where parties engage in an interactive communication protocol that carries out a computation? In a series of striking papers, she has established an exponential separation between information complexity and communication complexity, showed the limitations of error correcting codes for interactive protocols, and designed interactive compression and interactive coding schemes with provable performance for two-party and distributed multiparty settings. Professor Kol received her PhD from the Weizmann Institute in 2013 and joined the Princeton faculty in 2016.

Wyatt Lloyd’s research in distributed systems pursues two main directions: redefining the tradeoffs between guarantees and performance for distributed storage systems, and improving the processing, storage, and delivery of media at massive scale. His work sets the stage for how engineers can build scalable distributed systems in the future--every large Internet and cloud computing company worries about (and works on) these issues. He has proved theorems in this area about the impossibility of building systems for distributed read-only transactions that simultaneously achieve the lowest latency and the highest level of consistency and compatibility with other transactions. But he is also very much a system builder, showing what is possible to achieve, testing and deploying new services across hundreds of servers spanning many locations. His designs, deployed in a major Internet company, reaches billions of users daily. Professor Lloyd received his PhD from Princeton in 2013 and joined the Princeton faculty in 2017.