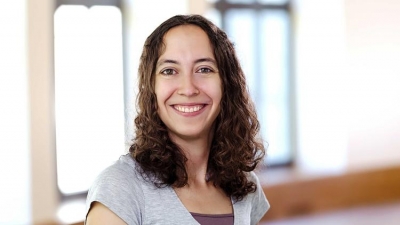 The award, totaling $600,000, is to be meted out in the next five years. Russakovsky previously received an NSF award for more than $800,000 in 2018 for work on recognizing, mitigating and governing bias in the larger artificial intelligence field. Her co-investigator on this project was Arvind Narayanan, an associate professor of computer science, participating faculty member at CSML, and director of the Center for Information Technology Policy.

“Artificial intelligence has made deep inroads into our daily lives, from algorithms that curate news feeds to recommendations on shopping websites,” said Russakovsky. “Computer vision, one such aspect of artificial intelligence, has been deployed in high-stakes applications such as autonomous driving or medical diagnosis.”

But computer vision, like other AI technologies, can be beset with racial, geographic and gender biases, said Russakovsky.

This project is focused on creating practical bias mitigation strategies for computer vision systems, a task that can be challenging because individual pixels in visual data are “uninformative” compared to, for example, individual words in text data, she said. Russakovsky seeks to develop mitigation strategies by using multiple approaches: improving processes in data collection, using synthetic data, developing novel benchmarks and metrics for models, and studying how bias inherent in some data sets gets carried over into downstream models.

Another aspect of the project provides training and mentorship to students from historically underrepresented groups, said Russakovsky. This educational component would be undertaken in partnership with the nonprofit AI4ALL, a group that Russakovsky co-founded to bring greater diversity into the artificial intelligence field.

“To combat AI bias, the field of artificial intelligence would need more diverse practitioners and researchers. The homogeneity of the discipline exacerbates these biases. Making AI more diverse can unlock greater potential in these tools and make them work better for a broader group of people,” she said.

More on the award can be read at the National Science Foundation website.