Machine learning: In this lab, machines learn to make machines

By John Sullivan, Office of Engineering Communications
This article is from the Robotics: Safe, resilient, scalable, and in service of humanity issue of EQuad News magazine. 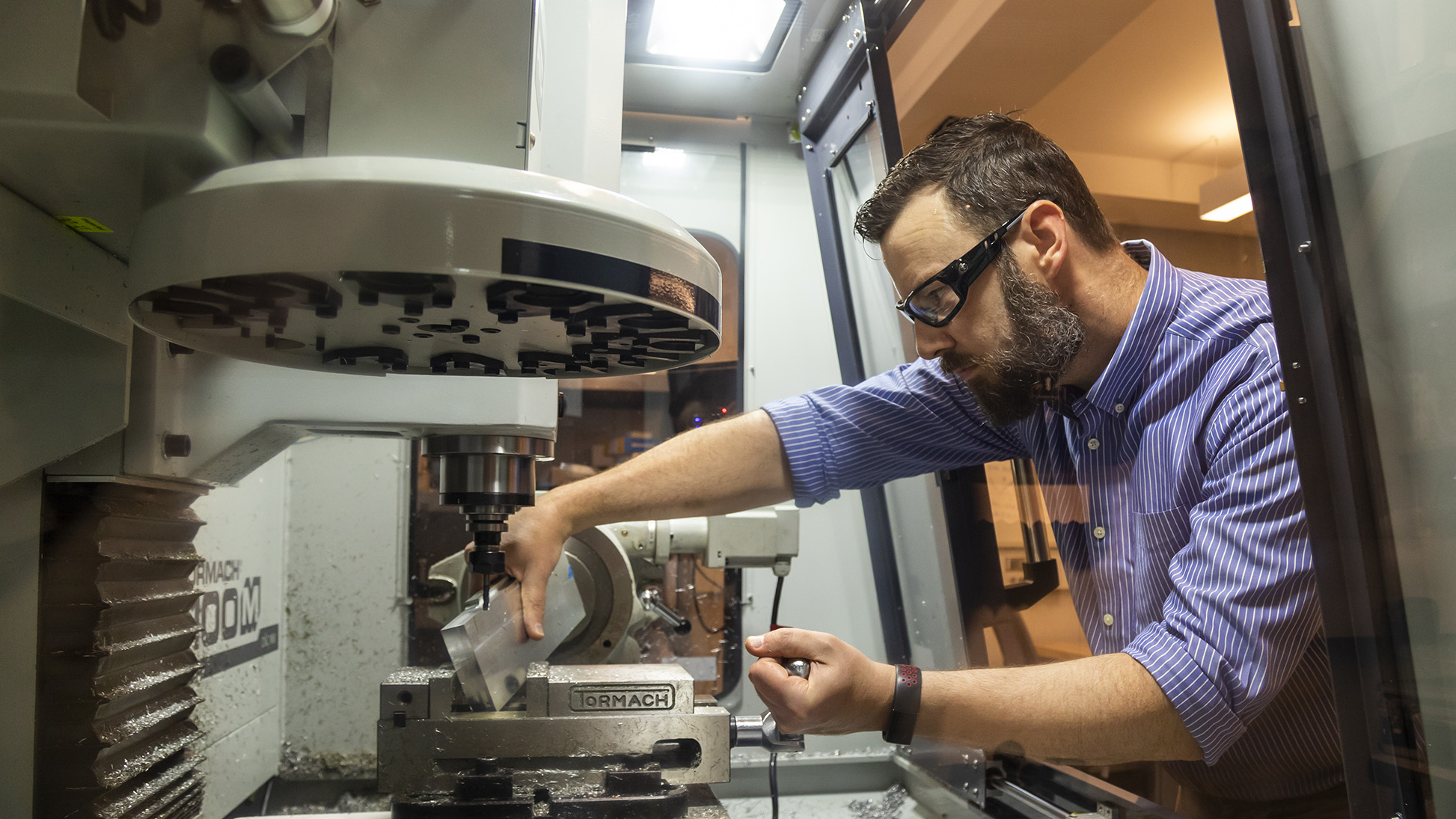 Manufacturing robots are a modern wonder, building everything from packaged food to microchips.

Ryan Adams, a professor of computer science, agrees that these machines are the foundation of the modern economy, but he thinks there is a lot of room for improvement.

“Right now, manufacturing machines run blindly and execute code,” Adams said. “The question is, how can these things be smarter? How can they be aware of themselves and make things better, faster, and cheaper?” The programming that guides the spinning and weaving machines that make up a modern assembly line is already sophisticated, Adams said. But he said the machines are following rigid guidelines set by their programmers instead of adapting and reacting to their tasks.

“The tools are sophisticated, but they are not adaptive,” he said.

Artificial intelligence offers possible paths to creating manufacturing robots that are more adaptable and easier to manage and deploy. One possible improvement could come in the area of precision. Currently, manufacturers achieve precision by making heavy robots to provide a stable platform for cutting or shaping tools. With proper software, controls, and design, it should be possible to create machines that can use feedback rather than weight to achieve stability.

“What if the software understood the dynamics and adapted to them on the fly?” Adams said. “Instead of a machine that might weigh 10,000 pounds, what if we could create a machine with the same level of precision that might only weigh 100 pounds?”

Adams cautioned that this is not a problem likely to be solved immediately, but it is part of his lab’s goal of using artificial intelligence to make robots more efficient and versatile builders. Ultimately, the researchers would like to use artificial intelligence to design the robots themselves. Integrating intelligence into the systems from the start could allow sophisticated capabilities to emerge more naturally, in the same way the knowledge of grasping seems inherent to the human hand.

“I want to design algorithms that are sophisticated in designing the robot itself,” he said. “If I pick up a glass, my hand has passive properties that make it easy to do this without thinking about it. This intrinsic ‘mechanical’ intelligence is something we don’t often build into our systems, and yet every biological system has that.”