By Steven Schultz, SEAS Office of Communications
This article is from the series Asian American and Pacific Islander Heritage Month. 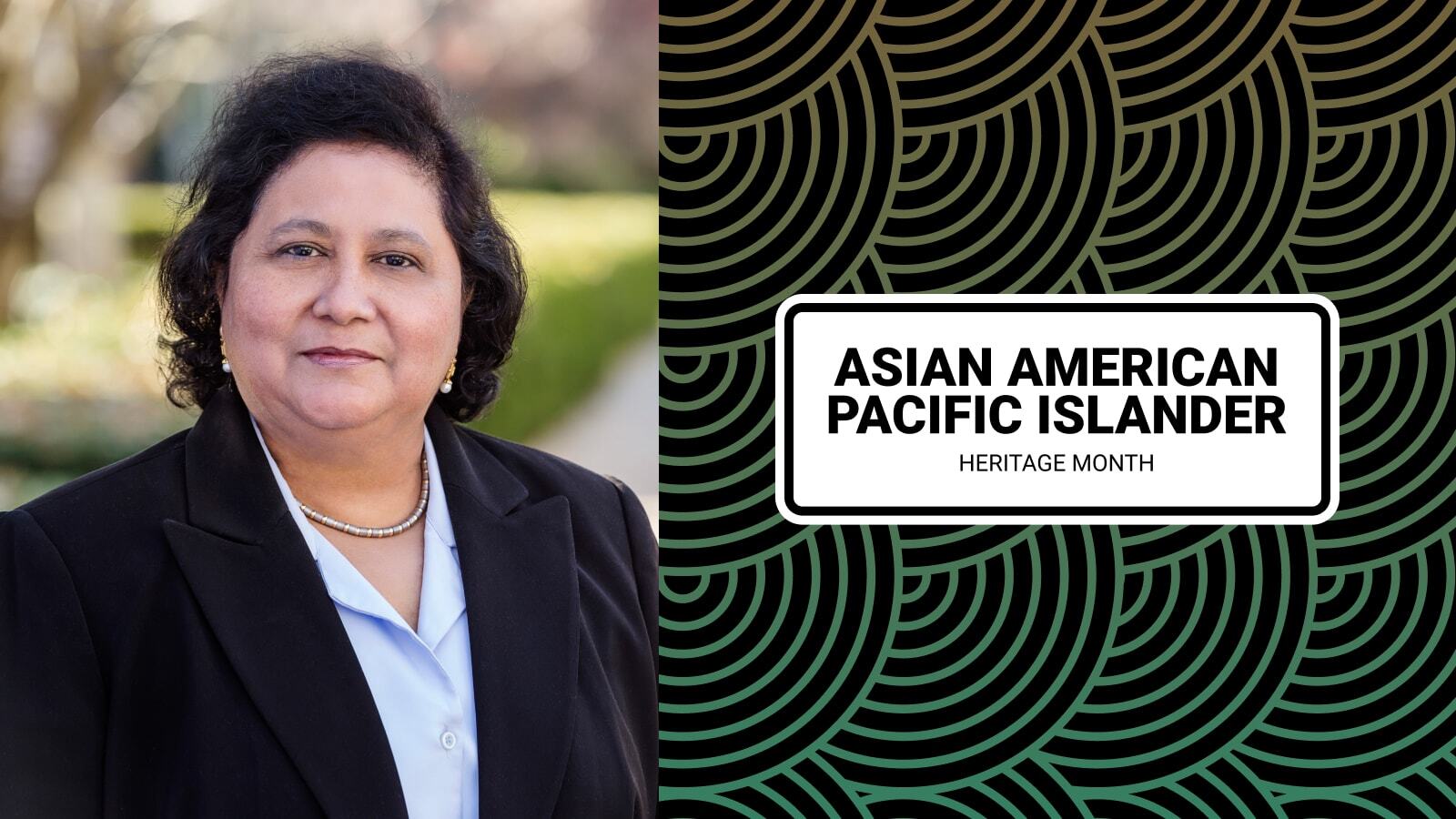 Princeton computer scientist Aarti Gupta is a leading researcher specializing in formal verification, advancing both the underlying theoretical foundations of the field and practical innovations to improve real-world systems.

Gupta joined the Princeton faculty in 2015 as a full professor after a distinguished career at NEC Labs America, where she led a research team in systems analysis and verification. At NEC, her group contributed to the fundamental techniques of verification and helped in their successful deployment on large industrial software projects.

Gupta earned her undergraduate degree at the Indian Institute of Technology in Delhi and a master's in computer engineering at Rensselaer Polytechnic Institute before completing her Ph.D. in computer science at Carnegie Mellon University. She has been widely recognized for her work, including election as a fellow of the Association of Computing Machinery, multiple best paper awards, and leadership roles for several international journals and conferences in her field.

In recognition of Asian American and Pacific Islander Heritage Month, Gupta recently spoke about her career path and the importance of overcoming stereotypes and building supportive communities that allow people of all backgrounds to thrive.

What was your path to joining the faculty at Princeton?
I was born in India and grew up there. As with many students in Asia, education was a major priority in my family, because there were relatively fewer other paths to success then. I have always been interested in science. Science for me, even in primary school, was fascinating and I would lap up everything I could learn. In high school I thought I would study physics but then engineering came along and the opportunity to go to IIT [Indian Institute of Technology].

This brought me to the U.S. to pursue a Ph.D. in computer science at Carnegie Mellon University. CMU was where I truly got inspired to do research. It was the experience of being around people who had dedicated their entire lives to the pursuit of research problems that was hugely inspiring to me. After graduating, I joined NEC Labs to learn more about the practical application side of research. In retrospect it worked out really well for me that way.  Developing our research ideas in tools that were deployed in industry practice gave me an appreciation of the virtuous cycle between theoretical breakthroughs and practical innovations. It was really that first-hand experience that helped me appreciate the practical impact that research can have.

After having joined Princeton it's been wonderful to collaborate with colleagues who are solving problems in domains that I had not addressed before. For example, I have been collaborating with Dave Walker and Jen Rexford on verification of computer networks. I have also continued with my earlier interests in software and hardware verification, some in collaboration with Margaret Martonosi in computer science and Sharad Malik of electrical and computer engineering.

How, if at all, has your identity of having heritage in Asia affected your path?
In graduate school, being far away from home, I made lifelong friends hanging out with other graduate students. Over the years, my research community has grown, but has always been very international. Although the institutions from U.S. and Europe are over-represented, the individuals in my community are from all over the world – many of whom first landed in foreign countries as graduate students, and then adopted them as their homes. I’ve also been very lucky to have mentors who encouraged me throughout.

Thinking about your question, looking back, I realize what a blessed life I've had. Yes, I have encountered discrimination in my day-to-day interactions outside of work, for example at a store. Early on, even in New Jersey which has a lot of immigrants, I encountered a store owner who came after us with some rude remarks and refused to let us park near his store, even though it was public parking. I was surprised, but these kind of incidents have been infrequent and not serious in a way that I could ignore them, and they have not impacted me professionally. In a sense my chosen path has shielded me from many such situations because most of my work time is spent with people who are considerate and supportive.

I realize it's not as rosy for many people. The communities we create have an important role to play in supporting diversity and inclusion for all. As an example, along with several faculty in our department who lead outreach efforts, we recently developed a department plan for Broadening Participation in Computing, an initiative led by the National Science Foundation to encourage participation of underrepresented groups in the field of computing, including more women. As an immigrant myself, I understand how an outsider feels, and the enormous value that one derives from a sense of belonging.

If you could clarify or correct one thing in people’s perception of being Asian-American in STEM, what would it be?
People and the media often think that Asian-Americans in STEM do not like to have fun – or that the only fun they have has to do with math and science. I think of stereotypes of Indians, from movies or sitcoms. The Big Bang Theory has the Indian astrophysicist who is socially awkward. The Dilbert cartoon has an engineering intern who is a graduate from IIT in India. But I feel that, for myself, as much as I love science, I also love the arts and theater. I was in a drama club in my undergrad and have been a subscriber at McCarter for more than thirty years.

What do you find most exciting in your field right now? What would you say to a young person of any background considering a career in engineering or computing research?
I think it is very exciting that we are in the midst of a digital information and communication revolution, where computing innovations are creating new products used by hundreds of millions of people in the world. Computing is also enabling new methods in many other disciplines, from engineering and natural sciences, to social sciences and the humanities. There are so many paths and opportunities for making intellectual and practical impact – it is a great time to be a computer scientist!

I would say to a young person to acquire the technical knowledge and problem-solving skills in their favorite area of engineering and computing research, and also to learn about the social and ethical dimensions in their work. As engineers, we are drawn to building new things, but with the fast pace of technology driving society, there is a tremendous need for doing so responsibly and ethically at all levels.