Olga Russakovsky’s work is all about vision. 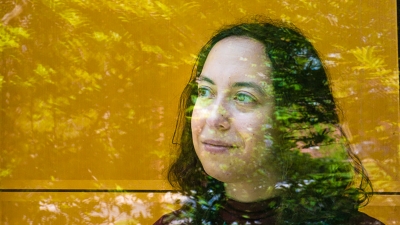 Her drive, and that vision, helped Russakovsky recently gain the distinction of being named one of “35 Innovators Under 35” by MIT Tech Review.

Russakovsky’s lab, the Princeton Visual AI Lab, is building on its success with identifying common objects and working to bring the technology to more intricate scenarios, using video. Yes, a person is sitting in a chair at a desk, but are they facing front or back? They are walking, but are they going to the ATM to withdraw some money?

Computer systems are imperfect when it comes to representing the full range of humanity, Russakovsky said. They need to be able to recognize and respond appropriately to all human faces, not just people who look a certain way, she said. She is collaborating with Arvind Narayanan, an associate professor of computer science, to study societal bias in AI, such as gender and race stereotyping.

This summer, she co-led the first Princeton edition of AI4ALL, a summer program introducing high school students to the field.

She co-founded the program when she was a doctoral student at Stanford University.

The first group of incoming high school juniors were majority female, and mostly non-white. Many will end up being the first in their families to attend college. They were taught core AI concepts in an inclusive environment in an effort to build up their confidence and combat “imposter syndrome,” Russakovsky said.

She once shared the feeling that she didn’t quite belong, she said. “If you feel you’re not quite getting the material, it’s so difficult — and you look around and everyone looks different and acts different than you, that will amplify the self-doubt,” she said.

She pushed through with the help of role models and mentors, and she now hopes to provide that support to a new generation of AI specialists.

“When they come to college, taking programming courses, they will feel like they have a leg up,” she said. “‘I’ve seen this before…I already feel like I can do it.’”