The Power of Intelligent Language Models 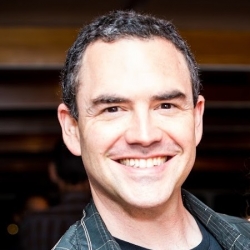 Recently, large language models have been trained on intelligent languages including natural languages, such as English, and programming languages, such as Python. We will examine several interesting applications of these models. First, they can be used to enumerate human stereotypes and discriminatory biases, suggesting that they must be used carefully. Second, they can be used to generate and solve their own programming puzzles, which can be used in a self-training pipeline to solve increasingly challenging algorithmic programming problems. Third, we illustrate how they can be used to simulate numerous human participants in classic behavioral economic and psychology experiments, such as the ultimatum game, risk aversion, garden path sentences, and the Milgram shock experiment. Finally, we discuss future directions in using these language models to understand intelligent animal communication in connection with ProjectCETI, which aims to understand the communication of sperm whales.

Bio: Adam Tauman Kalai is a Senior Principal Researcher at Microsoft Research New England. His research includes work on machine learning, artificial intelligence and algorithms.  He received his BA from Harvard and PhD from CMU. He has served as an Assistant Professor at Georgia Tech and the Toyota Technological Institute at Chicago. He has co-chaired AI and crowdsourcing conferences including the Conference on Learning Theory (COLT), the Conference on Human Computation and Crowdsourcing (HCOMP), and New England Machine Learning Day (NEML). His honors include an NSF CAREER award and an Alfred P. Sloan fellowship.

To request accommodations for a disability, please contact Emily Lawrence at emilyl@cs.princeton.edu at least one week prior to the event.