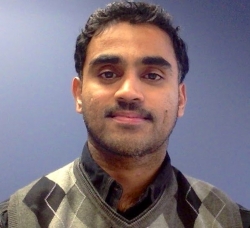 Advances in mobile (cellular) networks have ushered in an era of abundant connectivity. However, the stationary and expensive nature of their deployment has limited their ability to provide true "ubiquitous" connectivity under the 5G vision - especially to areas where connectivity is sparing or nonexistent (e.g. rural areas), has been compromised (e.g. disasters), or demands are extreme (e.g. venues/hotspots).

The recent advances in un-manned aerial vehicle (UAVs) technology have the potential to change the landscape of wide-area wireless connectivity by bringing a new dimension - "mobility" to the cellular network infrastructure itself. By deploying base stations on each of the UAVs, service providers can now deploy and tear-down these mobile “networks in the sky” in an on-demand and flexible manner. This allows them to supplement static mobile networks in areas where additional connectivity is needed, or provide stand-alone connectivity in areas where existing mobile networks are either absent or compromised. However, realizing this vision of deploying heavy-weight cellular networks (e.g. LTE, 5G NR) on light-weight, resource- constrained platforms such as UAVs, faces several formidable challenges both in design and deployment. This is further complicated by the complex nature of cellular networks that involve multiple interacting components - radio access network (RAN), evolved packet core (EPC) network and backhaul transport network.

In this talk, I will present our system "SkyLiTE"-- one of the first efforts to design and deploy an on-demand, end-to-end, multi-cell 5G network (on UAVs) that can self-configure itself in the sky. I will discuss how by bringing together innovations (both algorithms and systems) in wireless networking research, SkyLiTE is able to re-architect the various components (RAN, core and backhaul) of a cellular network and make it deployable on challenging UAV platforms. Beyond connectivity, I will also highlight the significant potential these “networks in the sky” offer for low latency, high bandwidth sensing services over large areas through sample applications designed for real-time tracking and 3D reconstruction.

Bio: Karthikeyan (Karthik) Sundaresan is a Professor in the School of ECE, Georgia Tech. Prior to that he spent fifteen years in wireless and telecom research at NEC Labs America, Princeton. His research interests are broadly in wireless networking and mobile computing, and span both algorithm design as well as system prototyping. He is the recipient of ACM Sigmobile’s Rockstar award (2016) for early career contributions to mobile computing and wireless networking, as well as several best paper awards at prestigious ACM and IEEE conferences. He holds over fifty patents, and received business contribution awards for bringing research technology to commercialization at NEC. He also led the spin-out effort of an innovative, lab- grown research technology (TrackIO) for infrastructure-free tracking of first responders in GPS- denied environments. He has participated in various organizational and editorial roles for IEEE and ACM conferences and journals, and served as the PC co-chair for ACM MobiCom’16. He is a Fellow of the IEEE and an ACM distinguished scientist.

This talk will be recorded.

To request accommodations for a disability, please contact Kevin Shaw at kevinshaw@princeton.edu at least one week prior to the event.