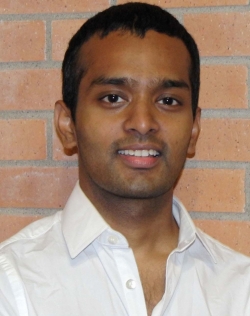 Living organisms can perform incredible feats. Plants like dandelions can disperse their seeds over a kilometer in the wind, and small insects like bumblebees can see, smell, communicate, and fly around the world, despite their tiny size. Enabling some of these capabilities for the Internet of things (IoT) and cyber-physical systems would be transformative for applications ranging from large-scale sensor deployments to micro-drones, biological tracking, and robotic implants. In this talk, I will explain how by taking an interdisciplinary approach spanning wireless communication, sensing, and biology, we can create programmable devices for the internet of biological and bio-inspired things. I will present the first battery-free wireless sensors, inspired by dandelion seeds, that can be dispersed by the wind to automate deployment of large-scale sensor networks. I will then discuss how integrating programmable wireless sensors with live animals like bumblebees can enable mobility for IoT devices, and how this technique has been used for real-world applications like tracking invasive "murder" hornets. Finally, I will present an energy-efficient insect-scale steerable vision system inspired by animal head motion that can ride on the back of a live beetle and enable tiny terrestrial robots to see.

Bio:  Shyam Gollakota is a Torode Professor at the Paul G. Allen School of Computer Science & Engineering at the University of Washington. He works across multiple disciplines at the University including Computer Science, Electrical Engineering, Mechanical Engineering, biology and the School of Medicine.  His work has led to three startups, Jeeva Wireless, Sound Life Sciences and Wavely Diagnostics, has been licensed by ResMed Inc and is in use by millions of users. His lab also worked closely with the Washington Department of Agriculture to wireless track the invasive "murder" hornets, which resulted in the destruction of the first nest in the United States. He is the recipient of a  National Science Foundation Career Award, an Alfred P. Sloan Fellowship, the SIGMOBILE Rockstar award, ACM Grace Murray Hopper Award in 2020 and recently named as a Moore Inventor Fellow in 2021. He was also named in MIT Technology Review’s 35 Innovators Under 35, Popular Science ‘brilliant 10’ and twice to the Forbes’ 30 Under 30 list. His group’s research has earned Best Paper awards at MOBICOM, SIGCOMM, UbiComp, SenSys, NSDI and CHI, appeared in interdisciplinary journals like Science Translational Medicine, Science Robotics and Nature Digital Medicine as well as named as a MIT Technology Review Breakthrough technology of 2016 as well as Popular Science top innovations in 2015. He is an alumni of MIT (Ph.D., 2013, winner of ACM doctoral dissertation award) and IIT Madras.

This talk will be recorded.

To request accommodations for a disability, please contact Kevin Shaw at kevinshaw@princeton.edu at least one week prior to the event.