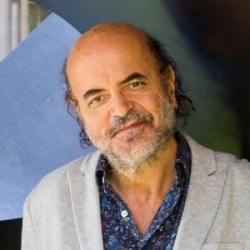 How does the brain beget the mind?  How do molecules, cells and synapses effect reasoning, intelligence, language?   Despite dazzling progress in experimental neuroscience, as well as in cognitive science at the other extreme of scale, we do not seem to be making progress in the overarching question -- the gap is huge and a completely new approach seems to be required.  As Richard Axel recently put it:  "We don't have a logic for the transformation of neural activity into thought [...]."

What kind of formal system would qualify as this "logic"?

I will introduce the Assembly Calculus, a computational system whose basic data structure is the assembly -- assemblies are large populations of neurons representing concepts, words, ideas, episodes, etc.,

The Assembly Calculus is biologically plausible in the following two orthogonal senses: Its primitives are properties of assemblies observed in experiments or useful for explaining experiments, and can be provably (through both mathematical proof and simulations) "compiled down" to the activity of neurons and synapses.  I will also explain why the Assembly Calculus is especially powerful in exploring how language happens in the brain.

Bio: Christos Harilaos Papadimitriou is the Donovan Family Professor of Computer Science at Columbia University.  Before joining Columbia in 2017, he was a professor at UC Berkeley for the previous 22 years, and before that he taught at Harvard, MIT, NTU Athens, Stanford, and UCSD.  He has written five textbooks and many articles on algorithms and complexity, and their applications to optimization, databases, control, AI, robotics, economics and game theory, the Internet, evolution, and the brain.  He holds a PhD from Princeton (1976), and eight honorary doctorates, including from ETH, University of Athens, EPFL, and Univ. de Paris Dauphine.  He is a member of the National Academy of Sciences of the US, the American Academy of Arts and Sciences, and the National Academy of Engineering, and he has received the Knuth prize, the Go"del prize, the von Neumann medal, as well as the 2018 Harvey Prize by Technion.  In 2015 the president of the Hellenic republic named him commander of the order of the Phoenix.  He has also written three novels: “Turing ,” “Logicomix”  and his latest “Independence.”

This talk will be recorded.  To request accommodations for a disability please contact Emily Lawrence, emilyl@cs.princeton.edu, at least one week prior to the event.