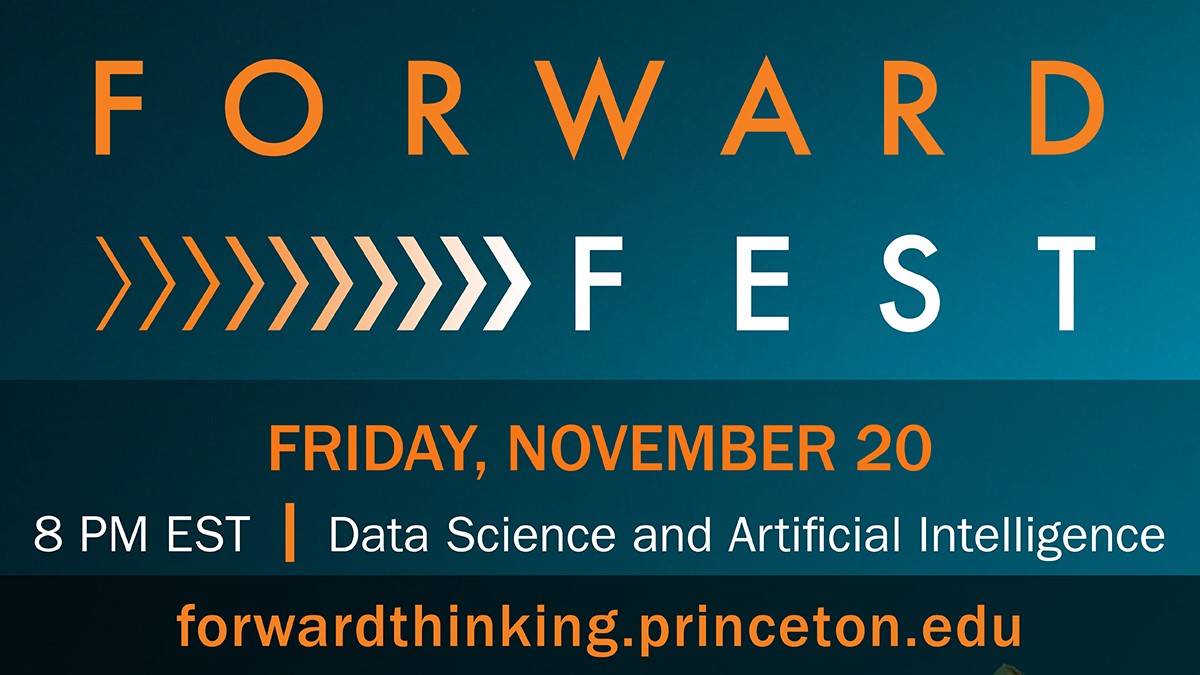 As the pace of data creation and collection continues to accelerate, professors in a variety of disciplines talk about both the power and potential perils of artificial intelligence and what limitations and safeguards we need to take into account moving forward.

Forward Fest is a monthly online series that will continue throughout A Year of Forward Thinking. The events, featuring Princeton faculty and alumni exploring a range of forward-thinking topics, will be free and open to the public. Sparking dialogue among the entire Princeton community — students, faculty, staff, alumni and other interested thinkers — Forward Fest will explore, engage and develop bold thinking for the future.

Forward Fest is free and open to the public. RSVP now to receive updates and a resource guide, which includes must-know information about the featured speakers with links to their books, articles, podcasts and more! 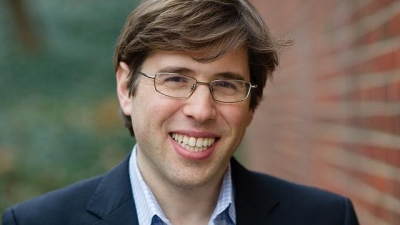 Matthew Salganik is a professor of sociology who has pioneered uses of data and digital technologies in social research. He was appointed interim director of Princeton University’s Center for Information Technology Policy on July 1, 2019, and then director of CITP for a two-year term beginning July 1, 2020.

Matt is affiliated with several other Princeton’s interdisciplinary research centers, including: the Office for Population Research, the Center for Health and Wellbeing, and the Center for Statistics and Machine Learning. His research interests include social networks and computational social science. He is the author of Bit by Bit: Social Research in the Digital Age.

Matt’s research has been published in journals such as Science, PNAS, Sociological Methodology, and Journal of the American Statistical Association. His papers have won the Outstanding Article Award from the Mathematical Sociology Section of the American Sociological Association and the Outstanding Statistical Application Award from the American Statistical Association. Popular accounts of his work have appeared in the New York Times, Wall Street Journal, Economist, and New Yorker. Salganik is currently on the Board of Directors of Mathematica Policy Research. His research has been funded by the National Science Foundation, National Institutes of Health, Joint United Nations Program for HIV/AIDS (UNAIDS), Russell Sage Foundation, Alfred P. Sloan Foundation, Facebook, and Google. During sabbaticals from Princeton, he has been a Visiting Professor at Cornell Tech and a Senior Researcher at Microsoft Research. During the 2018-19 academic year, he was a professor in residence at the New York Times. 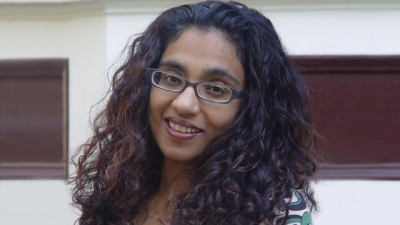 Mona Singh is a professor of computer science and the Lewis Sigler Institute for Integrative Genomics. She has been on the faculty at Princeton University since 1999.   She received her A.B. and S.M degrees from Harvard University, and her Ph.D.  from MIT, all three in computer science.  She works broadly in computational molecular biology, as well as its interface with machine learning and algorithms.  Much of her work is on developing algorithms to decode genomes at the level of proteins and she is especially interested in developing data-driven methods for predicting and characterizing protein sequences, functions, interactions and networks, both in healthy and disease contexts.  Among her awards are the Presidential Early Career Award for Scientists and Engineers (PECASE) in 2001, and the Rheinstein Junior Faculty Award from Princeton’s School of Engineering and Applied Science in 2003. She was named a Fellow of the ACM in 2019, and of the ISCB in 2018.

Working at the intersection of data science and molecular biology, Singh develops algorithms to decode genomes at the level of proteins. She has pioneered interdisciplinary courses in the field of bioinformatics, the method by which computers are used to synthesize vast quantities of raw biological data. Her recent work has identified genes and mutations that play a role in cancer development, an important first step to guiding new treatments. 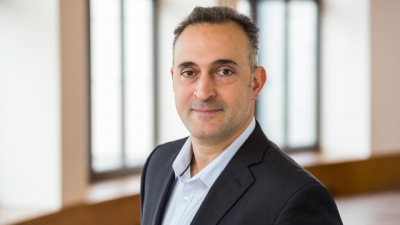 Elad Hazan is a professor of computer science at Princeton university. His research focuses on the design and analysis of algorithms for basic problems in machine learning and optimization. Amongst his contributions are the co-development of the AdaGrad algorithm for training learning machines, and the first sublinear-time algorithms for convex optimization. He is the recipient of the Bell Labs prize, (twice) the IBM Goldberg best paper award in 2012 and 2008, a European Research Council grant, a Marie Curie fellowship and Google Research Award (twice). He served on the steering committee of the Association for Computational Learning and has been program chair for COLT 2015. In 2017 he co-founded In8 inc. focusing on efficient optimization and control, acquired by Google in 2018. He is the co-founder and director of Google AI Princeton.

Hazan and his team of computer scientists at Google AI Princeton research the automation of the learning mechanism and its efficient algorithmic implementation. In other words, they are developing advanced artificial intelligence where machines can learn quicker — and even teach themselves. Such AI will determine the future of technology, including self-driving automobiles, delivery drones and speech recognition software.

More info on this event can be found here.