CITP Seminar: Some Election Integrity Problems are Surprisingly Easy to Solve and Others are Very Very Hard 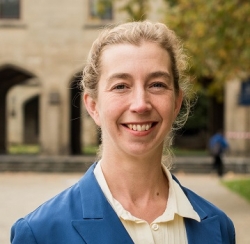 This talk is co-sponsored by CITP and the Center for the Study of Democratic Politics.

This talk will compare two recent advances in the understanding of election integrity.

The Scytl/SwissPost e-voting solution was intended to provide complete verifiability for Swiss government elections. The talk will show failures in both individual verifiability and universal verifiability, based on mistaken implementations of cryptographic components. These failures allow for the construction of “proofs” of an accurate election outcome that pass verification though the votes have been manipulated. This shows that even well-regulated Internet voting systems that seem to provide some evidence of an accurate election outcome are still brittle in their assumptions and incentives, to the extent of making large-scale undetectable fraud relatively easy.  Every time internet voting is reconsidered, we learn about a new aspect that makes it harder than we thought.

On a more optimistic note, the talk will describe a recent pilot of Risk-Limiting Audits of Instant Runoff Votes (IRV) for the San Francisco DA’s race.  Any election might be too close (or any count too error-prone) for confidence to be gained from a small sample, but IRV was once considered too complex and unstable for rigorous audits even when the margin was large. It will be shown that in practice that belief was mistaken: most real IRV elections can be analyzed and reduced to a series of well-defined assertions that can be tested efficiently!

Bio:
Vanessa Teague is the CEO of Thinking Cybersecurity and an associate professor (Adj.) in the Research School of Computer Science at the Australian National University. Her research focuses primarily on cryptographic methods for achieving security and privacy, particularly for issues of public interest such as election integrity and the protection of government data. She was part of the team (with Chris Culnane and Ben Rubinstein) who discovered the easy re-identification of doctors and patients in the Medicare/PBS open dataset released by the Australian Department of Health. She has co-designed numerous protocols for improved election integrity in e-voting systems, and co-discovered serious weaknesses in the cryptography of deployed e-voting systems in New South Wales, Western Australia and Switzerland. She lives and works on Wurundjeri land in Southeastern Australia (near Melbourne).