Project Debater - How persuasive can a computer be? 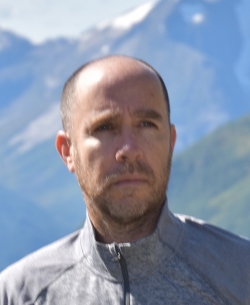 Project Debater is the first AI system that can meaningfully debate a human opponent. The system, an IBM Grand Challenge, is designed to build coherent, convincing speeches on its own, as well as provide rebuttals to the opponent's main arguments. In February 2019, Project Debater competed against Harish Natarajan, who holds the world record for most debate victories, in an event held in San Francisco that was broadcasted live world-wide. In this talk I will tell the story of Project Debater, from conception to a climatic final event, describe its underlying technology, and discuss how it can be leveraged for advancing decision making and critical thinking.

Bio:​ Noam Slonim is a Distinguished Engineer at IBM Research AI. He received his doctorate from the Interdisciplinary Center for Neural Computation at the Hebrew University and held a post-doc position at the Genomics Institute at Princeton University. During his PhD, Noam received the best paper award in UAI and ECIR, and the best presentation award at SIGIR. Noam joined the IBM Haifa Research Lab in 2007, and in 2011 he proposed to develop Project Debater. He has been serving as the Principal Investigator of the project since then. Noam published around 60 peer reviewed articles, focusing on the last few years on advancing the emerging field of Computational Argumentation. Finally, Noam used to have a secondary career as a TV script writer. Coincidentally, or not, in a sitcom he co-created back in 1998, the last episode was focused on competitive debates.