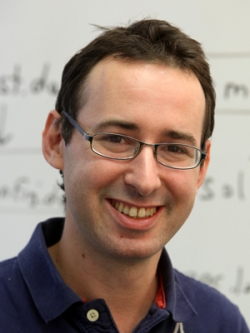 Computer networks have undergone and continue to experience a major transformation, whereby billions of low-cost devices are being connected to the network to provide additional functionality and better user experience. Unlike traditional network devices, these devices, collectively known as the ``Internet of Things'' (IoT), typically have very limited computational, memory, and power resources. These IoT devices became a major security concerns, both due to human factors and to technical challenges in deploying security mechanisms on devices with low resources. The number and diversity of IoT devices creates a huge attack surface that is often exploited by attackers to launch large-scale attacks, sometimes exploiting well-known vulnerabilities.

This talk will highlight the security concerns of IoT devices from a networking perspective and explore how to secure IoT devices using whitelists, in which communication between a device and an endpoint is prohibited unless that endpoint appears in the corresponding whitelist.  Finally, we will discuss deployment options for such a solution (namely, within the internet gateway, as virtual network function within the ISP network, or a combination of the two).

To request accommodations for a disability, please contact Emily Lawrence, emilyl@cs.princeton.edu, 609-258-4624 at least one week prior to the event.