Self-Driving Networks: Is it a good idea to mix AI and computer networks? 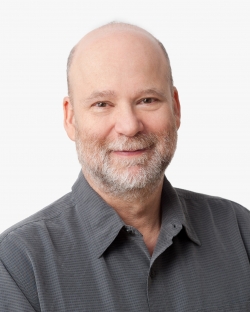 Just as you wouldn't want to be in a car without seat belts, even if it's a self-driving car, you probably don't want your Self-Driving Network (SelfDN) to rely completely on control-theory or ML, no matter how sophisticated or formally verified.   While autonomous systems promise to solve many problems that afflict networks, just as they promise to solve many problems that afflict our roadways, they are not immune from a multitude of practical problems and unexpected consequences. At Google, we have been moving towards highly-automated networking, and along the way we have learned a lot about the risks involved, and how to build robust networks in spite of the wonders of automation.  I will talk about some of the problems that are likely to afflict SelfDNs as they enter the real world.

Bio:
Jeff Mogul works on fast, cheap, reliable, and flexible networking infrastructure for Google. Until 2013, he was a Fellow at HP Labs, doing research primarily on computer networks and operating systems issues for enterprise and cloud computer systems; previously, he worked at the DEC/Compaq Western Research Lab. He received his PhD from Stanford in 1986, an MS from Stanford in 1980, and an SB from MIT in 1979. He is an ACM Fellow. Jeff is the author or co-author of several Internet Standards; he contributed extensively to the HTTP/1.1 specification. He was an associate editor of Internetworking: Research and Experience, and has been the chair or co-chair of a variety of conferences and workshops, including SIGCOMM, OSDI, NSDI, USENIX, HotOS, and ANCS.