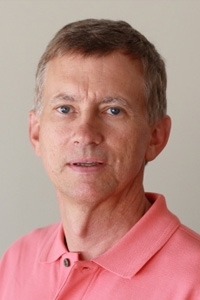 The network edge—where the access networks that connect homes, businesses, and mobile users to the Internet are implemented—is in the midst of a transformation. Network operators (Telcos and CableCos) are transitioning from closed and proprietary hardware to disaggregated and virtualized software running on white-box servers, switches, and access devices. This transformation is partly motivated by the CAPEX savings that come from replacing purpose-built appliances with commodity hardware, but it is mostly driven by the need to increase feature velocity through the softwarization of the access network. The goal is to enable new classes of edge services—e.g., Autonomous Vehicles, Internet-of-Things (IoT), Immersive User Interfaces—that benefit from low latency connectivity. This is all part of the growing trend to move functionality to the network edge.

This transformation faces two technical challenges. The first is to disaggregate and virtualize existing hardware appliances. This is done, for example, by applying SDN principles (decoupling the network control and data planes) and by breaking monolithic applications into a set of micro-services. The second is to integrate the resulting disaggregated components back into a functioning system, packaged with sufficient configuration and life cycle management tools to make it deployable in a production environment. This talk describes CORD, a community-based open source effort to address these challenges. CORD is being deployed in Telco field trials, but more interestingly, it lowers the barrier for anyone (not just global carriers) to deploy edge solutions that incorporate the latest 5G (wireless) and XGS-PON (fiber) access technologies. The talk concludes with some remarks on the opportunity this democratization of the network edge opens for the research community.

Bio:
Larry Peterson is the Robert E. Kahn Professor of Computer Science, Emeritus at Princeton University, where he served as Chair from 2003-2009. He is a co-author of the best selling networking textbook Computer Networks: A Systems Approach (5e). His research focuses on the design, implementation, and deployment of Internet-scale distributed systems, including the widely used PlanetLab and MeasurementLab platforms. He is currently working on a new access edge cloud called CORD, an open source project of the Open Networking Foundation

Professor Peterson is a former Editor-in-Chief of the ACM Transactions on Computer Systems, and served as program chair for SOSP, NSDI, and HotNets. He is a member of the National Academy of Engineering, a Fellow of the ACM and the IEEE, the 2010 recipient of the IEEE Kobayashi Computer and Communication Award, and the 2013 recipient of the ACM SIGCOMM Award. He received his Ph.D. degree from Purdue University in 1985.