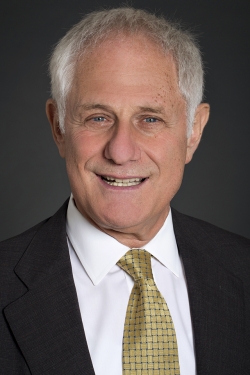 In May 2013, Georgia Tech together with its partners, Udacity and AT&T, announced a new online master’s degree in computer science delivered through the platform popularized by massively open online courses (MOOCs). This new online MS CS— or OMSCS for short — costs less than $7,000 total, compared with a price tag of $40,000 for an MS CS at comparable public universities and upwards of $70,000 at private universities.

The first-of-its-kind program was launched in January 2014 and has sparked a worldwide conversation about higher education in the 21st century. President Barack Obama praised OMS CS by name twice, and more than 1,200 news stories mentioned the program. It has been described as a potential "game changer" and "ground zero of the revolution in higher education”.  Harvard University researchers concluded that OMSCS is “the first rigorous evidence showing an online degree program can increase educational attainment” and predicted that OMSCS will single handedly raise the number of annual MS CS graduates in the United States by at least 7 percent.

OMSCS started in 2014 with an enrollment of 380; in this semester (spring 2019) enrollment is close to 9,000; OMSCS is apparently the biggest MS in CS program in the world. So far more than 2,000  students have graduated from OMSCS; more than 1,000 will graduate each year from now on. The program has also paved the way for at least 22 similar, MOOC-based online MS programs. According to the Bureau of Labor Statistics and the National Science Foundation, there is a shortage of 500,000 computer professionals in the US, a shortage that will reach one million by 2020. In other words, OMSCS is satisfying a great national need.

The talk will describe the OMSCS program, how it came about, its first five years, and what Georgia Tech has learned from the OMSCS experience. We will also discuss its potential effect on higher education.

Bio:
Dr. Zvi Galil, Dean of the College of Computing, Georgia Institute of Technology, was born in Tel Aviv, Israel. He earned BS and MS degrees in Applied Mathematics from Tel Aviv University, both summa cum laude. He then obtained a PhD in Computer Science from Cornell University. After a post-doctorate in IBM's Thomas J. Watson research center, he returned to Israel and joined the faculty of Tel-Aviv University. He served as the chair of the Computer Science department in 1979-1982.  In 1982 he joined the faculty of Columbia University. He served as the chair of the Computer Science Department in 1989-1994 and as dean of The Fu Foundation School of Engineering & Applied Science in 1995-2007. Galil was appointed Julian Clarence Levi Professor of Mathematical Methods and Computer Science in 1987, and Morris and Alma A. Schapiro Dean of Engineering in 1995. In 2007 Galil returned to Tel Aviv University and served as president. In 2009 he resigned as president and returned to the  faculty as a professor of Computer Science. In July 2010 he became The John P. Imlay, Jr. Dean of Computing at Georgia Tech.

Dr. Galil's research areas have been the design and analysis of algorithms, complexity, cryptography and experimental design. In 1983-1987 he served as chairman of ACM SIGACT, the Special Interest Group of Algorithms and Computation Theory. He has written over 200 scientific papers, edited 5 books, and has given about 250 lectures in 25 countries (over 60 in 15 countries on OMSCS). Galil has served as editor in chief of two journals and as the chief computer science adviser in the United States to the Oxford University Press. He is a fellow of the ACM and the American Academy of Arts and Sciences and a member of the National Academy of Engineering. In 2008 Columbia University established the Zvi Galil Award for Improvement in Engineering Student Life. In 2009 the Columbia Society of Graduates awarded him the Great Teacher Award.  In 2012 the University of Waterloo awarded him an honorary doctorate in mathematics.

Zvi Galil is married to Dr. Bella S. Galil, a marine biologist. They have one son, Yair, a corporate lawyer in New York City.