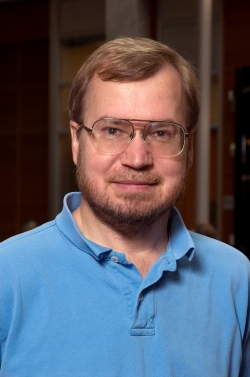 The ongoing shift of enterprise computing to the cloud provides an opportunity to rethink operating systems for this new setting.  I will discuss two specific technologies, kernel bypass for high performance networking and low latency non-volatile storage, and their implications for operating system design. In each case, delivering the performance of the underlying hardware requires novel approaches to the division of labor between hardware, the operating system kernel, and the application library.

Bio:
Tom Anderson is the Warren Francis and Wilma Kolm Bradley Chair in the Paul G. Allen School of Computer Science and Engineering at the University of Washington. His research interests span all aspects of building practical, robust, and efficient computer systems, including distributed systems, operating systems, computer networks, multiprocessors, and security. He is a member of the National Academy of Engineering and the American Academy of Arts and Sciences, as well as winner of the USENIX Lifetime Achievement Award, the USENIX STUG Award, the IEEE Koji Kobayashi Computer and Communications Award, the ACM SIGOPS Mark Weiser Award, and the IEEE Communications Society William R. Bennett Prize. He is also an ACM Fellow, past program chair of SIGCOMM and SOSP, and he has co-authored twenty-one award papers and one widely used undergraduate textbook.

Lunch will be available to talk attendees at 12:00pm.