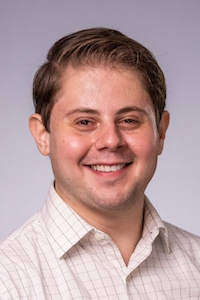 Daniel Leyzberg joined the department as a lecturer in 2014 after earning his Ph.D. in computer science from Yale, where he also received a master’s. He did his undergraduate work in computer science and mathematics at Rensselaer Polytechnic Institute. His interests involve computer science education as well as human-computer or human-robot interaction, especially how people expect to use machines, how to build machines that conform to natural human communication patterns, and building machines that adapt to the needs of individual users. In addition to precepting, he is working on software tools to improve how teachers and students communicate about code.