Denise Valenti for the Office of Communications

Katherine Lim is not one to shy away from complexity, whether she’s translating a classical Latin text into English or comparing how multiple cores perform within a computer chip. 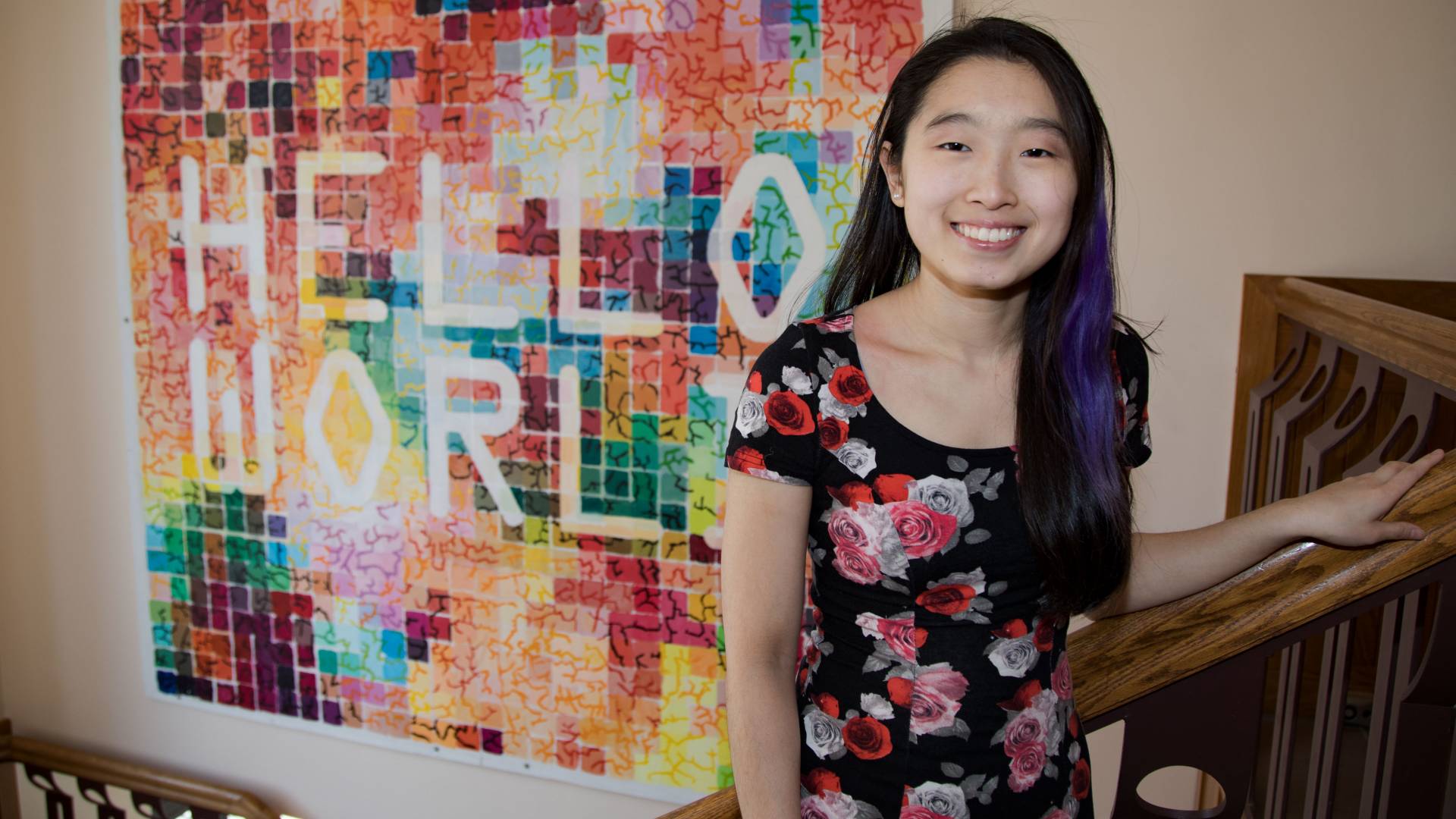 At Princeton’s Commencement on Tuesday, June 5, Lim will receive a B.S.E. in computer science. She also will follow the University tradition of delivering a speech in Latin as salutatorian of the Class of 2018.

The Latin Salutatory tradition dates to the first Commencement in 1748, when the entire ceremony was conducted in Latin. Princeton’s oldest student honor, it began as a formal address but today often contains humorous tributes and a fond farewell to Princeton.

A graduate of Sacred Heart Preparatory in Atherton, California, Lim began studying Latin in middle school. “Somebody had said it was very formulaic and mathematical in nature and I was like, great, that sounds fantastic, I enjoy math,” she said.

She expanded her Latin studies at Princeton with courses such as “Invective, Slander and Insult” with Robert Kaster, the Kennedy Foundation Professor of Latin Language and Literature and professor of classics. She also took “Introduction to Medieval Latin” with Brent Shaw, the Andrew Fleming West Professor in Classics, Emeritus, and senior scholar.

“I found these more interesting because we started reading authors I had never touched on in high school,” Lim said. “I’ve always really enjoyed the professors who taught my Latin classes, because they are super knowledgeable about the subject material and the context surrounding the texts.”

When she arrived at Princeton, Lim started pursuing her interest in computer architecture.

She was awarded the Shapiro Prize for Academic Excellence after her first year. This past year, she won an Accenture Prize from the Department of Computer Science.

An early class with Margaret Martonosi, the Hugh Trumbull Adams ’35 Professor of Computer Science, was especially influential. Lim said Martonosi encouraged students to work through problems, as opposed to simply lecturing, fostering Lim’s curiosity about hardware design. “You work through what you don’t understand and that’s super helpful,” Lim said. “I’ve enjoyed talking to [Professor Martonosi] a lot … as well, just getting advice because there are not a lot of women in computer architecture.”

Martonosi, who is also director of the Keller Center for Innovation in Engineering Education and the programs in technology and society and in entrepreneurship, said she was impressed by Lim’s inquisitiveness and drive. “She is quite open about asking a broad set of people for ideas or for answers to questions she has,” Martonosi said. “As a result, she has learned a lot of both textbook knowledge of computer hardware and software, as well as very pragmatic details. Her quick learning curve, and her current command of how computer systems are built, are very impressive.”

The experience that solidified Lim’s future plans was her work in the lab of David Wentzlaff, assistant professor of electrical engineering. Lim began attending Wentzlaff’s group meetings in the fall of her junior year and went on to join the team, helping to design chips that are used in mobile and other electronic devices, as well as the operating systems that run them.

“What I’m interested in is how you interface things at a high level,” Lim said. “How you organize units, like computational units, on a chip either to make the system more friendly for programmers or to optimize it for applications or a certain way of programming.”

She wrote her senior project based on her work with Wentzlaff’s OpenPiton Project, the world’s first open-source, general-purpose, multi-threaded manycore processor and framework, which allows researchers to model chips with multiple cores. Those cores can perform several streams of computation at once. Lim worked on integrating a new core into the OpenPiton framework that differs in performance and energy efficiency. “There are little cores that are energy efficient but don’t run as fast, then there are big cores that run much more quickly, but they eat up a lot of energy,” Lim explained.

Lim is exploring communication between cores. “There’s a specific programming model we want to support, which is called shared memory … can you stick [the cores] together to give them shared memory? And also, once you have that and you’re building software, how do you get the cores to communicate with each other?”

Wentzlaff said it’s unusual for students, even his Ph.D. students, to have such a strong background both in hardware and software. It’s an ability more commonly found in industry veterans with 20 years of experience. In Lim’s case, her success is a great example of cross-department collaboration and advising, he said.

“Katie has a bright future,” Wentzlaff added. “She is curious about the world, works hard, and she has strong innate ability and intelligence, so I see her doing great things and becoming a top faculty [member] in the future or a thought leader of industry.”

Lim said she is especially grateful that Wentzlaff was willing to let her join his lab as an undergraduate. “I’ve enjoyed working with him a lot as an adviser because he let me have a lot of freedom in identifying the sort of projects I wanted to work on, while also making sure to guide me toward a specific interesting research idea,” she said. “Also, his broad expertise across operating systems and computer architecture has really facilitated the sort of research I am interested in.”

Lim spent last summer as a research intern in the Computer Laboratory of the University of Cambridge in England. There she worked with Professor Robert Mullins, a senior lecturer and co-founder of the Raspberry Pi Foundation. She contributed to lowRISC, another open-source hardware project, and worked on building software to support a novel hardware feature in the lowRISC design.

In her spare time, she participates in the Wilson College knitting circle. She is a member of Mathey College and volunteers at the Princeton Public Library teaching introductory programming courses.

After she graduates, Lim will pursue a Ph.D. in computer science and engineering at the University of Washington. She received an award from the Seattle chapter of the ARCS Foundation toward her first three years in graduate school, as well as a National Science Foundation graduate research fellowship that starts next year.

Lim said when she leaves Princeton, she’ll most miss friends and the graduate students in Wentzlaff’s lab, who were so welcoming to her as an undergraduate in their midst.

“I think I’ll miss the people,” she said. “Though a lot of them are moving back to the West Coast with me.”