Princeton will commission eight new portraits of alumni and former faculty and administrators to reflect the diversity of the University community. The new portraits will recognize individuals who, over the past 75 years, have been preeminent in a particular field, have excelled in the nation’s service and the service of humanity, or have made a significant contribution to the culture of Princeton. These represent the first portraits, outside of University presidents and deans of the graduate school and the engineering school, that have been added to Princeton’s portrait collection since the mid-19th century. 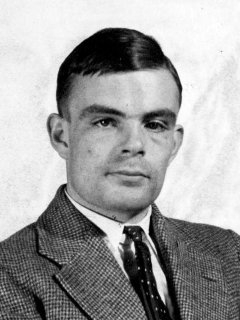 Included in these eight portraits is Alan M. Turing, a Class of 1938 graduate alumnus.

Alan Turing ​*38 earned his Ph.D. in mathematics from Princeton in 1938. Turing is widely recognized as the father of computer science and is also an icon in the history of lesbian, gay, bisexual and transgender (LGBT) rights. A native of England, Turing was central to the British government’s successful effort to decode the German Enigma codes, a crucial development in the Allied victory in World War II. He ranked second in a “Princeton Alumni Weekly” article about the University’s most influential alumni of all time.