Except from the Office of Communications

The Princeton University chapter of Phi Beta Kappa is giving one of two annual awards for excellence in undergraduate teaching to Wyatt Lloyd, assistant professor of computer science.

The Phi Beta Kappa inductees from the Class of 2020 selected the awardees for their practices of good teaching, with special recognition of individuals who supported students beyond the classroom and who showed adaptability and flexibility in the transition to distance learning this spring in light of the COVID-19 pandemic. 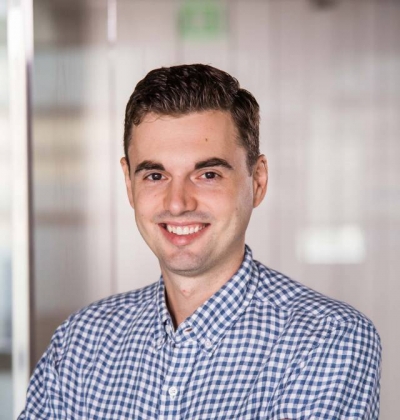 Wyatt Lloyd studies the theory, design, implementation, evaluation and deployment of large-scale distributed systems. He received his Ph.D. from Princeton in 2013 and joined the faculty in 2017. He has a bachelor’s degree from Pennsylvania State University.

Senior Audrey Cheng met Lloyd when she took his class on distributed systems, COS 418. She said that “even in a 90-person room, he had a manner of engaging with students that allowed him to explain technical details with ease.” She noted that COS 418 “is an ambitious class” and that Lloyd “recognized the challenges of this course and provided an abundance of support.”

This meant making himself available after class, organizing a network of teaching assistants, and asking for detailed feedback on the course, Cheng said.

Lloyd also is “an incredible mentor,” said Cheng, who is “invested in both the short-term and long-term growth of his advisees.” She noted that Lloyd supports students in learning how to become researchers, and helped her “build a foundation upon which to do good work.”

“As his advisee, I have had the opportunity to work on a variety on interesting topics, and Professor Lloyd has equipped me with the skills to quickly delve into complex problems and make steady progress,” Cheng said.

“Most importantly, he cares about his students’ personal growth,” she added. “His kind encouragement has helped increase my confidence in my abilities as a researcher and has motivated me to passionately tackle research questions.”